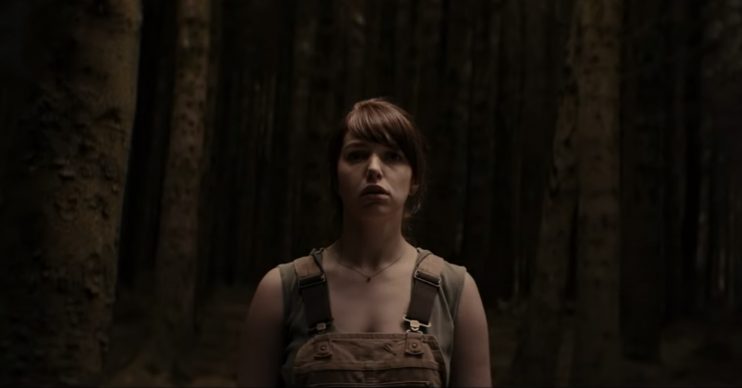 Time to hide behind the sofa

With the nights drawing in and the cold biting hard, it’s the perfect time to put on your onesie, cuddle up on the sofa and find your next TV obsession.

And Netflix subscribers are already calling Irish horror film The Hole In The Ground the ‘scariest movie of the year’.

The film, which debuted at the Sundance Film Festival earlier in the year, has now come onto Netflix in the UK and viewers flooded social media with some very positive reviews.

The film, starring Seána Kerslake, follows a single mother who moves to a remote new home in a forest.

Sarah’s young son disappears into the woods behind their rural home and when he returns, his behaviour grows increasingly disturbing.

Sarah begins to believe that the boy who returned may not be her son at all.

But what does it have to do with a mysterious woman they meet on the road and how does it all connect to the huge sinkhole developing nearby?

This sinister and scary story has already got viewers scared out of their wits, with many taking to Twitter to share their horror.

The Hole in the Ground on Netflix was a nice little supernatural horror movie (mother and son move to the countryside and the son starts behaving oddly after going to the woods) I watched last night. A few pretentious camera shots (filming the top of a cup of tea) but recommended

Saw The Hole In The Ground on Netflix last night – a proper Irish horror with great central performances, beautifully shot with a really atmospheric score. Check it out!

UK FOLLOWERS! THE HOLE IN THE GROUND is on UK Netflix! It's in my top 10 favourite movies this year! Go in blind and trust me, its excellent

Highly recommend @curleecronin’s fantastic The Hole in the Ground, which landed on Netflix today! One of my favourite film makers and the best cinema experience I’ve had this yearhttps://t.co/UhDkjxzBO7 pic.twitter.com/fK1UojOiCg

One user said: “The Hole In The Ground could be one of the scariest films of 2019.”

Another wrote: “Highly recommend @curlecronin’s fantastic The Hole In The Ground, which landed on Netflix today!