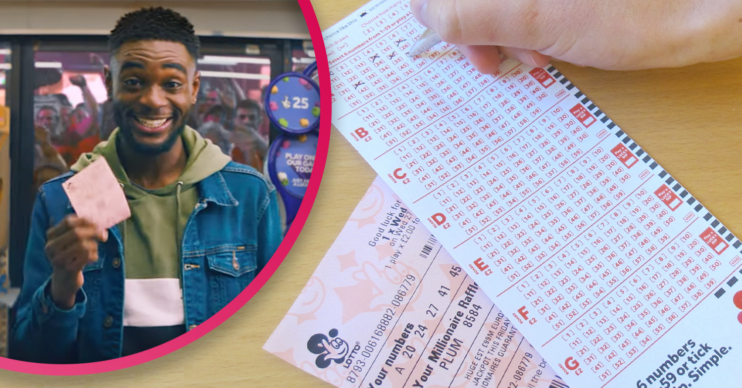 National Lottery: Blow for UK players and charities amid fears it could be suspended for first time in its history

And players may not be able to claim their winnings…

The National Lottery could be suspended for the first time in its history in a blow for players and UK-based charities.

The game has been running for 28 years. However, it could be halted over a row about its ownership.

The Gambling Commission has now warned there is a “real risk” of a period when the National Lottery “does not operate at all”.

And players could have problems collecting their winnings, too.

National Lottery suspended: Players and UK charities to miss out?

The Gambling Commission told the High Court of its fears amid a legal challenge from current owners Camelot against the loss of its licence to Allwyn.

The handover to the Czech rival is planned for February 1 2024.

However, the legal challenge by Camelot could mean a delay in the handover process.

The watchdog’s executive director John Tanner said Allwyn could be left with insufficient time to set up its operation.

The interests of players would be jeopardised.

And, as a result, there is a “real risk” that the National Lottery may have to be suspended.

This would have an impact on National Lottery players.

The Good Causes that rely on funding from the game would also be affected.

If it is suspended, the Good Causes could be deprived of millions of pounds of cash.

As a result, the commission is asking the High Court to reverse a previous ruling that suspended the handover process pending the outcome of Camelot’s case.

‘A period where the National Lottery doesn’t operate at all’

Tanner said: “While the Commission is prevented from entering into the enabling agreement with Allwyn, both the Commission and Allwyn will suffer significant prejudice in being unable to commence important steps towards start of the fourth licence.

“This will almost certainly mean that, as a minimum, the National Lottery does not operate to its full potential at the start of the fourth licence term.

He added: “There is a real risk there will be a period where the National Lottery does not operate at all.”

This would happen when Camelot’s licence runs out at the end of January 2024.

Speaking about the impact on Good Causes, he added: “There would be no contributions to Good Causes during any period where the National Lottery is not operating.”

He also warned of another worry for players who might not check their tickets straight away.

“The interests of players would be jeopardised,” he said.

“Winners in National Lottery games under Camelot may be unable, after the expiry of that licence, to claim prizes.”