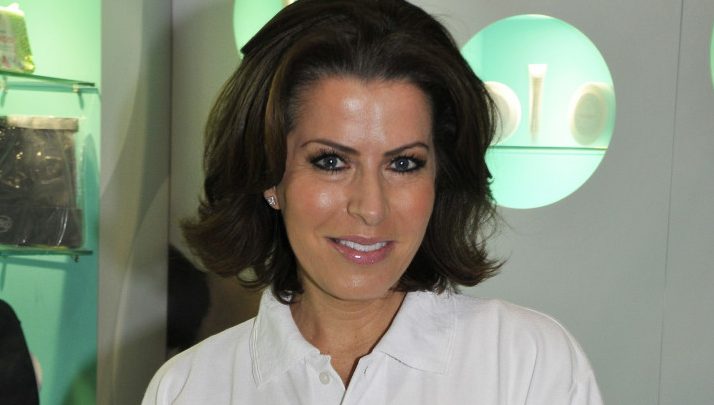 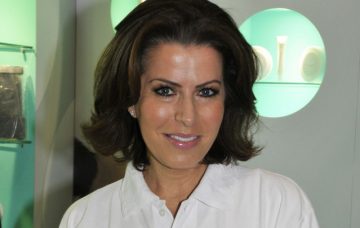 Journalist and TV presenter Natasha Kaplinsky has spoken of how she returned to the scene of where her daughter received facial burns.

Natasha was on holiday in Corfu last year when a freak boating accident and subsequent fire caused her entire family to jump ship and wait in the ocean for 45 minutes before rescue.

While her husband Justin, son Arlo and mum Catherine escaped unharmed, herself, her daughter Angelica, then eight and her father Raphael all suffered severe burns.

And Natasha says she made the brave decision to return to Corfu with her family, after receiving advice from her friend Claudia Winkleman:

“Marking the anniversary, in a positive way, was advice I was given by Claudia Winkleman because her daughter suffered burns as well.

“They do something positive on every anniversary and I thought that was a very good way at looking at what had happened to us.

“We went back to the spot where it happened on a different boat, which we hired. Brave? Maybe.

“But I just thought that it was important for us, as a family, to conquer that fear and complete the journey that we didn’t complete and that went so wrong on that first day. I wanted us to move on from it,” she told The Mirror.

The family had been taking a small boat out to visit an island off Corfu, when the motorboat’s engine exploded.

Her husband Justin was luckily already on the phone at the time of the explosion, and screamed for help.

Natasha says both she and Angelica didn’t leave the house for months following the accident, and were both treated for PTSD (post traumatic stress disorder).

She says they have both benefited hugely from receiving psychotherapy, including eye movement desensitisation and ­reprocessing.

What do you think of Natasha’s brave decision? Let us know what you think on our Facebook page @EntertainmentDailyFix.