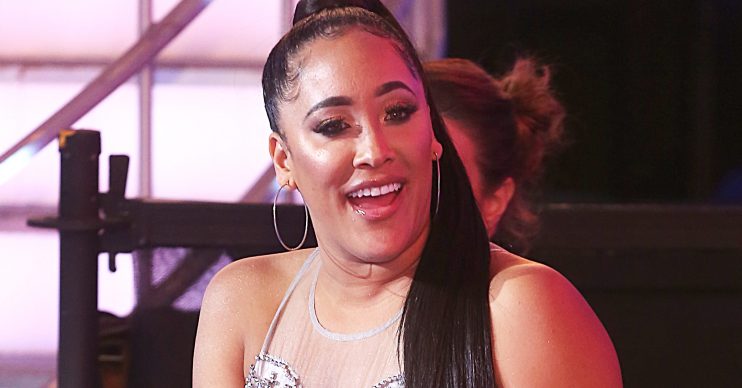 She alleges that Dan asked her to lie

Queen of the I’m A Celebrity jungle Jacqueline Jossa’s relationship with husband Dan Osborne is in the headlines again.

Speaking to The Sun, Natalie said: “Dan knows what happened that night and he is lying about it. We did have sex and he got together with Chloe.

The moment Chloe’s story broke in The Sun Dan was pleading with me to say publicly it was not true.

“The moment Chloe’s story broke in The Sun Dan was pleading with me to say publicly it was not true.

“He’s been caught up in so many scandals now. And there he is trying to wriggle his way out and lie about not having sex with me. But he did.”

Natalie also went on to defend herself, saying that she was ‘no homewrecker’.

She revealed that she and her own husband Jacob had flown to London after the story broke in a bid to meet with Dan and Jac, but Jac ‘pulled out of the meeting’.

ED! has contacted Dan, Jac and Natalie’s reps. A spokesperson for Dan said there was no comment.

Previously, Dan had issued a public apology to his wife and mother of his two children.

He wrote on Instagram: “So after weeks, months, years of constant articles and rumours, some true, some very untrue, I want to publicly say, I know I made mistakes, we all do as humans but I’ve made some that have almost cost me my family.

“I have seriously learnt from these massively, so I want to publicly apologise to my beautiful wife and my family for the mistakes I’ve made.

“I am the luckiest man in the world to have what I have with Jacqueline and my three incredible children and I will spend the rest of my life being the best husband and dad that I can be.