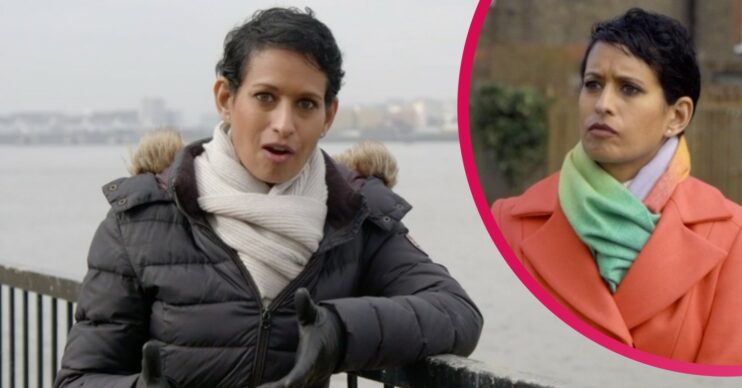 BBC Breakfast presenter Naga Munchetty has shown up a troll who lashed out at her on Twitter.

Naga, 46, slapped down the commenter earlier today (Sunday October 10) after they accused her of being ‘snide and irritating’.

The TV host, who was absent from her regular morning slot for two days last week as well as this weekend, mimicked the troll’s tone with her reply.

What Naga Munchetty said in response to the Twitter troll

Before long, the Twitter user deleted their tweet. However, a screengrab confirmed they had said they were “glad” Naga wasn’t on the BBC Breakfast sofa.

They added the show is “far more pleasant and professional” without her “snide and irritating” comments.

Hitting back at the troll’s remarks, Naga replied: “Thank goodness there’s someone else who is also ‘snide and irritating’ out there.

“Phew! Long may your own lack of pleasantness continue.”

Long may your own lack of pleasantness continue.

Despite being humiliated on Twitter, the troll went on to claim as they doubled-down in the face of criticism: “I deleted this post as its been taken completely the wrong way and I’m now bored of the responses.”

“Take this [person] for example, actually taking time to post this. Don’t bother wasting any of your time Naga, for every [one of them] there’s a thousand people who love your work.”

i’ve always got time for this kind of response. Get ’em! pic.twitter.com/DQC9u41gzA

Another supporter wrote: “Please rise above this view, it is in the minority.

“You ask difficult questions directly and challenge answers which every good journalist should (sadly most don’t).

“Great sense of humour incredibly stylish and plays off seven, what a package!”

And a third added: “Have to say you’re one of my absolute faves on telly.

“Really funny, extremely intelligent, and a fantastically insightful presenter. Epic banter too – my mornings are far better when you’re on the sofa.