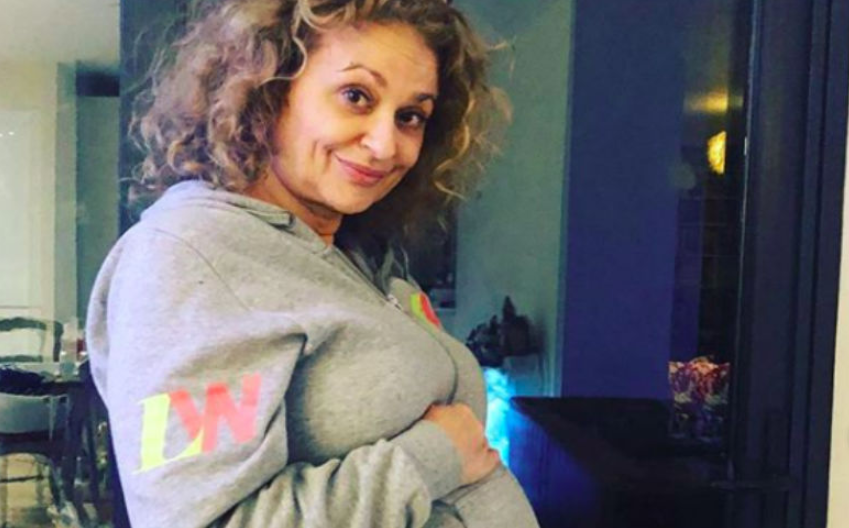 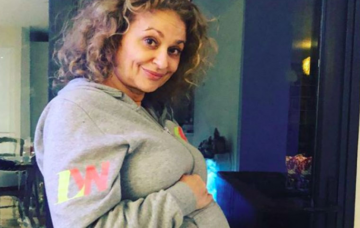 It's not what we immediately thought!

Loose Women panellist Nadia Sawalha had fans rubbing their eyes as she shared a social media post on NYE.

She shared a picture of herself holding her tummy and smiling serenely – a pose so beloved of expectant mothers.

“We have some amazing news,” she then teased. But before her fans could get too used to the idea that she might be pregnant, she added: “I’m fat again!”

Her followers took her joke in good humour with many agreeing they were in the same boat after a festive period of excess.

She also shared a video post-celebration, which she spent at home with husband Mark and their daughters, to wish her fans Happy New Year.

Nads let slip that she was enjoying her last drink for 100 days. She’ll shift that tum in no time, in which case!

She wasn’t the only Loose Woman to enjoy New Year’s Eve at home this year; Carol McGiffin shared similar plans.

The ITV lunchtime show tweeted a hilarious video message from the 58-year-old, where she revealed her “exciting” plans to see in the New Year…

Happy New Year from our @McGiff – guess where she'll be at midnight?! 🎉
We'll see you again on Wednesday 2 January! pic.twitter.com/UFLJaqlqnJ

Carol shared her night with fans, next to a tweet that read: “Happy New Year from our @McGiff – guess where she’ll be at midnight?! 🎉 We’ll see you again on Wednesday 2 January!”

She explained: “Happy New Year, everyone! This New Year’s Eve, I will be [dramatic gasp] – oh my God, I’m so excited – STAYING IN! I’m not going out! I’m not drinking.

“I’m going to be in bed by 10 o’ clock! And the next day, I’m going to get up and go out for a boozy lunch, while everyone else will still be in bed with a hangover. How about that?”

Carol – who was no doubt joined in her early night by fiancé Mark Cassidy – finished the video by saying: “All the best for the New Year. And we’ll see you back on this show on the 2nd!”

Fans loved the video, with one commenting: “Haha! Wishing you and your family Carol a very HAPPY NEW YEAR.” Another joked: “Weirdo!! 🤣.”

One more agreed with her that a night in was the best idea, tweeting: “Happy new year and yes, me too, I’ll be in bed, not going out to celebrate! Glad to see you back on Loose Women. Missed you, keep well and happy and safe 💓.”

Everyone’s gone to bed so it’s just me, a sausage roll and a glass of red…. perfect end to a perfect Christmas Eve! Merry Christmas everyone!!! 🎄🎄🎄 pic.twitter.com/D0xUgSXYC0

It follows a slightly wilder Christmas Eve, where the controversial presenter tweeted about staying up later than everyone else.

She shared a brilliant picture of herself stuffing her face with a sausage roll, and wrote: “Everyone’s gone to bed so it’s just me, a sausage roll and a glass of red…. perfect end to a perfect Christmas Eve! Merry Christmas everyone!!! 🎄🎄🎄.”

Carol also wished her Loose Women family a Merry Christmas, retweeting a picture of the whole cast and crew, and captioning it: “MERRY CHRISTMAS team!!! xx.”

Did you stay in for New Year’s Eve? Leave us a comment on our Facebook page @EntertainmentDailyFix and let us know what you did.