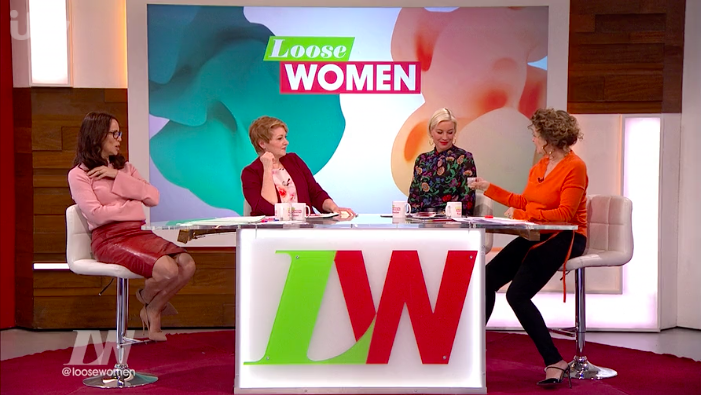 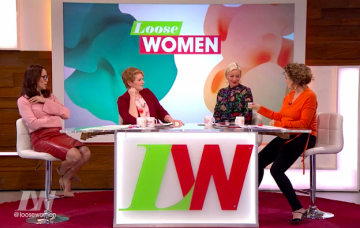 Do not read this if you're eating. Or doing anything at all.

There was a wee drama on Friday’s Loose Women, as TWO of the presenters – and the producer! – drank their own urine.

It was part of a segment, where Anne Diamond, Denise Van Outen, Andrea McLean and Nadia Sawalha discussed the apparent health benefits of doing it.

Nadia, 53, revealed: “My sister’s friend gargles with it whenever she has a sore throat, and she never needs antibiotics.”

She then added: “My sister puts it on her wrinkles.”

The actress admitted producers had asked her to try it, before pulling out a pot of her own wee.

Denise declared: “You’ve got bits in it!”

After telling her co-presenter off for teasing her, Nadia says she’ll do it – but only if the show’s producer, Ashley, does it first.

They show him on the big screen taking the shot and looking traumatised.

True to her word, Nadia drinks down her wee, pulling some hilarious faces as she does.

She then celebrates her bravery, as everyone else on the panel looks horrified.

But if watching two people drink wee in the space of two minutes isn’t enough for you, wait there.

Because Andrea, 48, then revealed: “You know we asked Kaye to do it, too?”

They cut to a video of missing Loose Women star, Kaye Adams, who was broadcasting from Glasgow, where she’s snowed in. 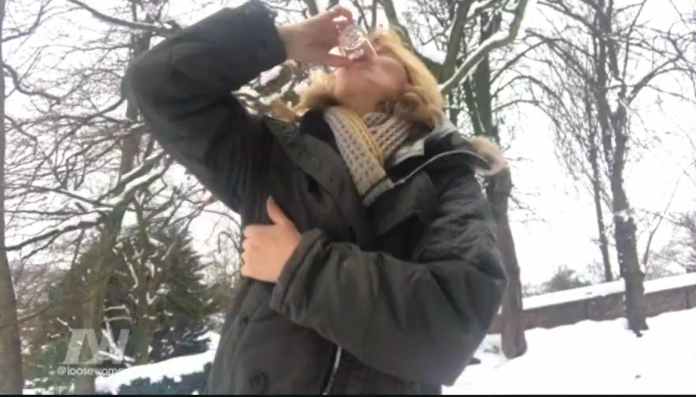 She tells her pals: “It’s cold, but luckily I’ve got something to warm myself up.

Most viewers were unsurprisingly grossed out. One wrote: “Bit much today with Nadia, the way she celebrated drinking her own wee was absolutely disgusting. 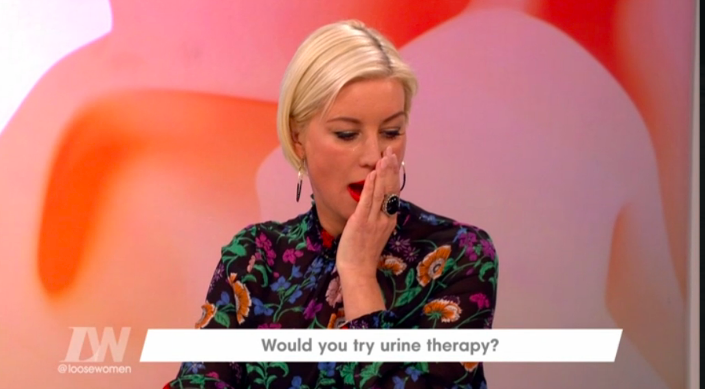 “Totally not suitable for lunchtime!”

Another begged: “Please do not drink the wee Nadia… I’m eating lunch!”

It was a dramatic episode all round, as guest Gemma Collins came on to reveal she’s considering a reunion with her TOWIE co-star, James ‘Arg’ Argent.

The reality star confirmed: “Arg actually rang me earlier and he was like, ‘Gem, can I take you on a date tonight?'”

She asked the panellists: “What shall I do?”

Gemma and Arg, 30, have been back and forth with their romance for an astonishing six years.

The Christmas special of the reality show saw Arg finally confess his love for Gemma, but she walked away.

But speaking on Loose Women she said: “You know what Arg is like. It’s been six years. If he doesn’t ask me to be his girlfriend this time, I’m going to move on – definitely this time.”

The diva TV star then told the ladies: “I’ll invite you all to the wedding.”

Denise added: “We can be bridesmaids!” and Gemma tells her: “Yes, yes!”

Read more: Eamonn and Ruth fall out on-air during This Morning

Would you, er, drink your own wee? Leave us a comment on our Facebook page @EntertainmentDailyFix and let us know what you think!