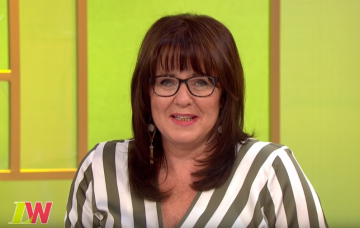 She said everyone's been in contact with Coleen during her hiatus

The 53-year-old has been absent from the ITV lunchtime show over the last month, after stepping down from all her work commitments in the wake of nasty online abuse.

She has yet to announce when she will return but co-star Nadia has promised viewers she WILL be back.

Speaking to the Daily Star, Nadia said: “Everybody’s in contact with her. Everybody’s supporting her, and we can’t wait to have her back on the show.”

Her rep said Coleen was “not strong enough” to withstand the trolling she’d received following Loose Women’s interview with Kim Woodburn in August.

The interview was billed as a chance for Coleen and Kim, 76, to patch up their differences after a falling out on Celebrity Big Brother last year, but did NOT go to plan.

Kim ended up walking off set in tears, while Coleen was accused of bullying tactics, an allegation she vehemently denied.

Kaye Adams said on a previous episode of the show: “Before we get started, as some of you may be aware, Coleen is taking a bit of time out from Loose Women.