Since mysterious Hayley turned up in Albert Square, taking photos of Martin and sniffing round the stall, viewers have been wondering who on earth she could be.

And now her real identity has been revealed. She's a Slater!

Mind you, with her cheeky attitude, the leopard print, the dark hair, the big earrings... we shouldn't have been surprised really! 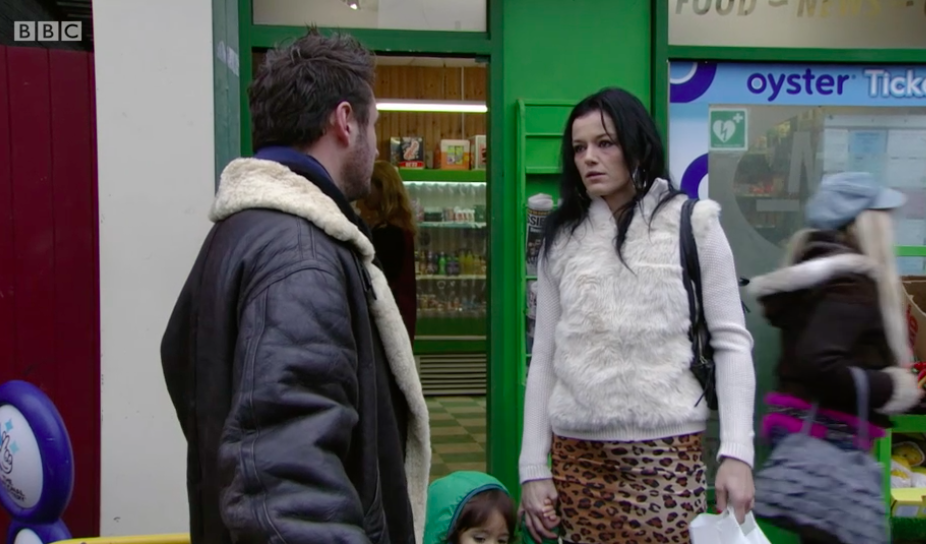 We're Slaters. We fight dirty when we have to.

In last night's episode, Martin arranged to meet Hayley in the park and they spent the day together.

And she talked him into giving Arthur his dinner at his house - so Martin was late returning the kids to Stacey.

When Hayley cancelled Stacey's calls to Martin, the worried mum turned up on the doorstep with the police! Much to Martin's distress.

"What did I ever do to you that was so bad?" he asked Stacey, completely bewildered.

And when the kids had gone home, he turned to Hayley and said: "She must really hate me."

Hayley was sympathetic - or so we thought. Because she was soon round at Stacey's door, revealing she'd been in on the plan all along - just to make Martin look bad.

When Stacey faltered and pointed out that Martin was still the father of her child, Hayley dropped a bombshell.

"We're Slaters," she said. "We fight dirty when we have to." 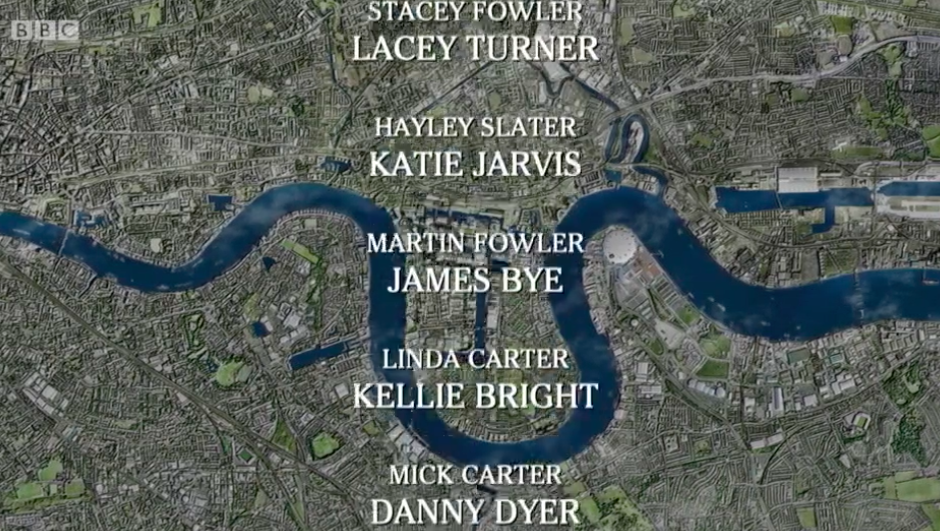 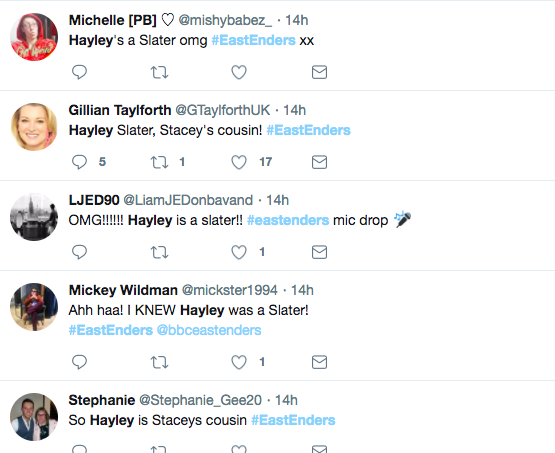 Viewers were thrilled with the revelation. 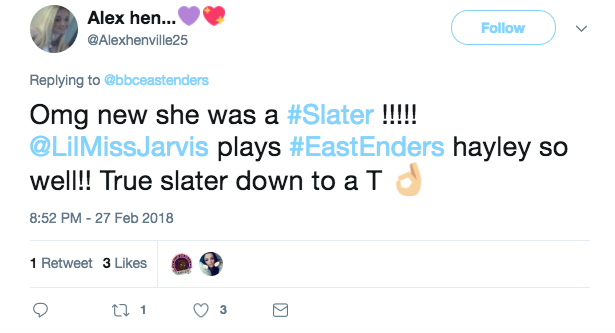 "True slater down to a T," said another.

But not everyone was happy about it. 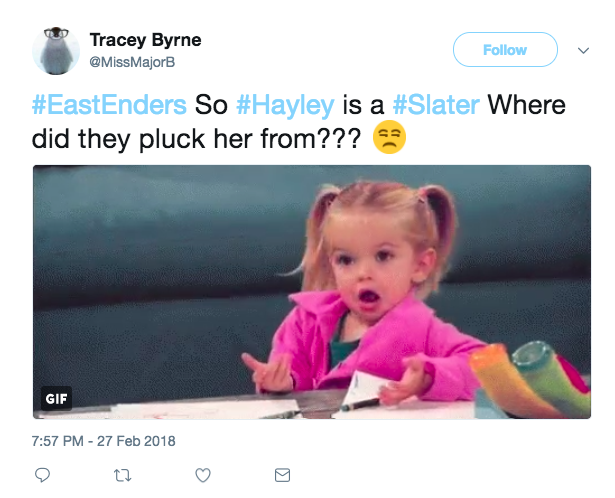 And another added: "That is the most pathetic thing ever."

Are you pleased about the news that Hayley is a Slater? Leave us a comment on our Facebook page @EntertainmentDailyFix and let us know what you think!