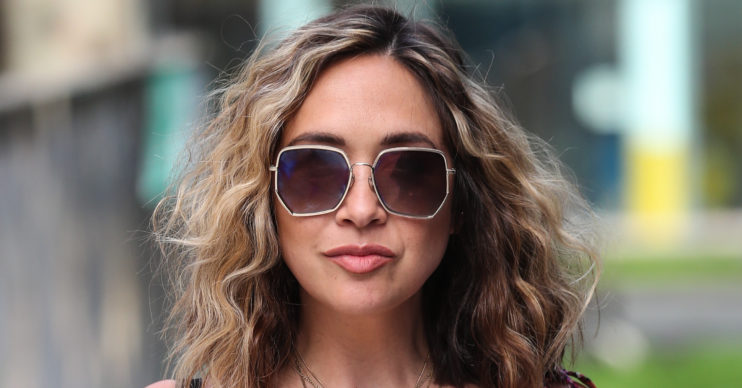 Myleene hit back to a troll

Myleene Klass has taken a swipe at her ex-husband in a stinging online comment.

The radio DJ and 42-year-old mum-of-three responded to a troll by saying “cheating exes get a house, car and a pay-off”.

Myleene took to the social media site to mark the fifth anniversary of her relationship with boyfriend Simon Motson.

In a series of stunning images, Myleene paid tribute to Simon.

She captioned the snaps by saying: “Five years to the day that we met.

“I would have walked through the fire a hundred times over (and faster!?) had I known you were waiting for me.

“I love you heart, body and soul x”

While the vast majority of followers who commented were positive, there was one troll who caused Myleene to respond.

Texture! Texture! Mermaid curls for a Monday morning. * (Thanks for the hairspiration @lanslondon)

One troll jabbed at her by saying: “Not long before this one cheats on you. Dear oh dear, heading for the lawyers are we?”

But Myleene responded with her own stinging comment: “He wishes! Cheating exes usually get a house, a car and a fat pay-off.”

Her comment is thought to be aimed at ex-husband Graham Quinn, the father of two of her children.

The two married after meeting when Graham was a bodyguard for pop group Hear’Say, who Myleene was a member of.

Myleene said at the time in an interview with The Sun that she had set up a company with Graham to manage her £11million fortune.

How did Myleene and Simon meet?

The pair met in Autumn 2015 shortly after Simon had split from his wife.

The went on a blind date at the Little Bar in London.

Simon very sweetly recreated that first date for their fifth anniversary, even borrowing the table and chairs from the establishment!

They welcomed adorable son Apollo some eleven months ago.