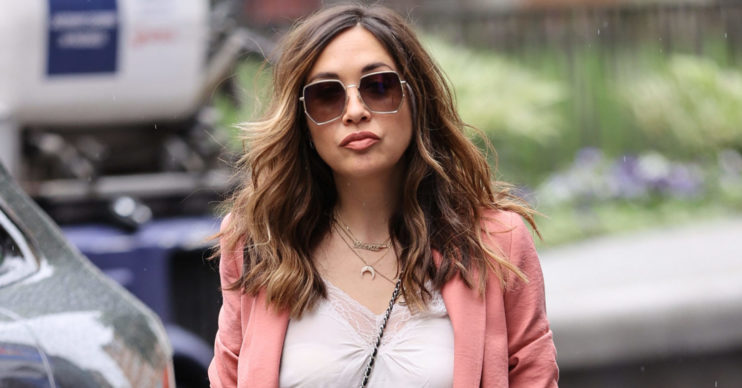 The presenter shared the unfortunate event on social media

Presenter Myleene Klass was left in pain after burning her boob with hair straighteners.

The busy mum-of-three accidentally dropped the heated appliance on herself while getting ready for her Smooth Radio show today (June 19).

Myleene, 42, documented the painful injury on Instagram as she soothed her burn with ice.

Alongside a topless snap of herself, Myleene wrote: “Burned my boob! (Dropped my hair straighteners on it. Idiot.)”

She later added: “A bag of ice and the last post! Happy Friday!”

In the photos, Myleene covered her breast with ice before rushing off to work.

And it appears the presenter was soon back to her usual self as she posted a stunning selfie from inside the Smooth Radio offices just hours later.

The post comes weeks after it was revealed Strictly Come Dancing bosses want the presenter to star on the next series of the show.

The BBC reportedly hopes that Myleene will bring some glamour and sex appeal to the upcoming series of the dancing programme.

Ex-Spice Girls manager Nicki Chapman is also being eyed for a spot on Strictly.

The celebrity duo both previously appeared together on the ITV talent show Popstars in 2001, which led to Myleene starring in Hear’Say.

A TV insider told the Daily Star newspaper: “Strictly want both to be in the line-up.

“They are household names and haven’t really worked together since Popstars so it would be an amazing reunion.”

The gig will no doubt be a huge opportunity for Myleene, who welcomed baby son Apollo last year.

She also has two daughters – Ava, 12, and Hero, eight – from her marriage to former partner Graham Quinn.

Detailing her “pretty complicated” labour with Apollo, Myleene previously revealed: “My waters broke and I was in the birthing pool.

“We had a really easy first three hours, but I don’t remember what happened next. I lost five hours of my life and it was a pretty complicated birth in the end.”