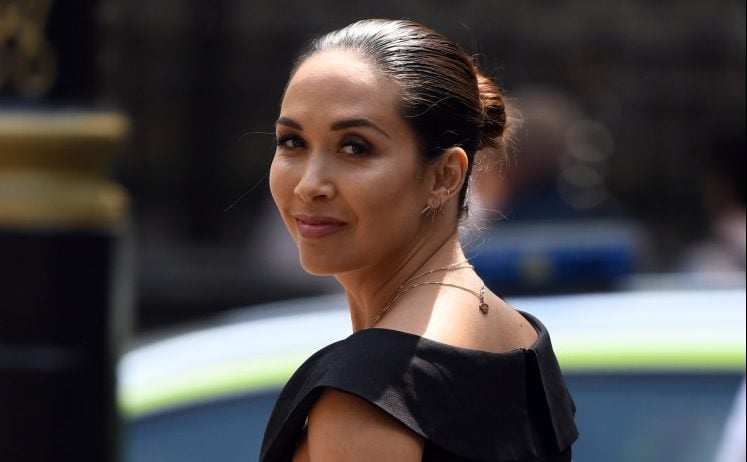 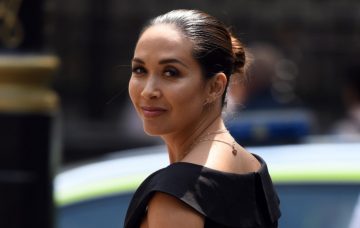 The frightening ordeal happened during a family holiday

Myleene Klass has revealed to fans that she recently saved her daughter from choking.

Myleene, 40, was on holiday with her two girls when her eldest, 12-year-old Ava, began choking on a piece of food.

Taking to Twitter, Myleene described the terrifying incident as “horrible” and urged parents to sign up to a first aid course.

The musician and TV presenter, who bizarrely had to save her youngest Hero from choking six years ago, said: “My daughter (the other one this time) choked on holiday and I only knew what to do because I’ve done a first aid course.

“Please parents, arm and educate yourselves. It happened so quickly. 5 mins later it was as if nothing had happened.

Myleene’s friend, former All Saints star Nicole Appleton, was quick to respond, saying: “That must have been sooo scary!!”

Writing back, Myleene added: “Scary how quickly she started eating the rest of her meal again! But yeah, horrible. X”

Myleene, whose mum is a nurse, initially did a first aid course when she was pregnant with Ava.

Then five years later, her youngest daughter Hero began choking on a small plastic star and she had to call on her skills.

Recalling the scary incident in a previous interview, Myleene told the Daily Mail: “It was a week before her first birthday.

“She wasn’t quite walking at that stage and suddenly I became aware she was half-crawling, half-staggering over to me.

‘She’d gone really, really pale and there was a bit of blood coming out of her mouth.”

Myleene added: “I felt sick and every part of my body ran cold. But from somewhere, what I’d learned five years before kicked in.”

Myleene had Ava and Hero during her relationship with her now ex-husband Graham Quinn.

Graham walked out on the former Hear’Say star in 2012, six months after they tied the knot. They have since divorced.