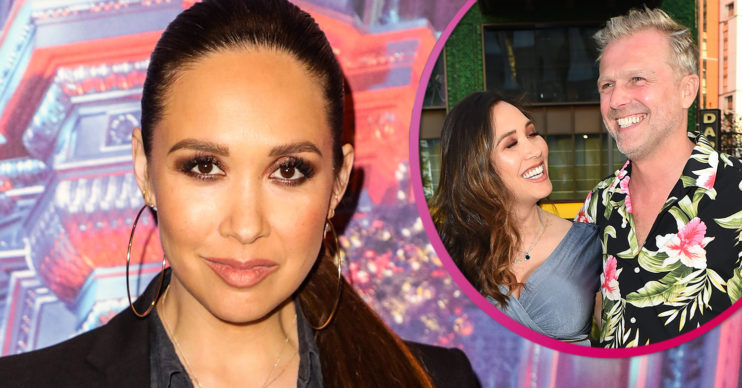 The happy couple shared their news with Hello! magazine as she showed off her incredible nine-carat diamond ring.

Simon popped the question last month on the fifth anniversary of their first date.

Simon sweetly transformed their garden shed into a replica of the bar they had their first date.

He got down on one knee and asked Myleene to be his wife.

Simon even borrowed the same table and chairs they sat on at Little House private members’ club in London’s Mayfair.

Simon decorated the table with candles as the shed walls featured framed photos.

What did Myleene say?

Speaking about the proposal, Myleene told the publication: “I was absolutely blown away.

He even replicated the dinner we had.

“He even replicated the dinner we had – burger and fries, followed by cherry pie.

“When he got down on one knee and started fumbling around under the table, I thought he was joking. Then I thought: ‘Oh my God, he’s for real.’ I was completely speechless.”

Meanwhile, Simon admitted it was “quite a blur”.

He revealed he asked Myleene to marry him three times and she “finally said yes and we were both in tears”.

Myleene’s daughters Ava, 13, and Hero, nine, as well as Simon’s 13-year-old son and nine-year-old daughter are thrilled by the news.

The couple also have son Apollo together.

The pair met in Autumn 2015 shortly after Simon had split from his wife.

“I would have walked through the fire a hundred times over (and faster!) had I known you were waiting for me.

“I love you heart, body and soul.”