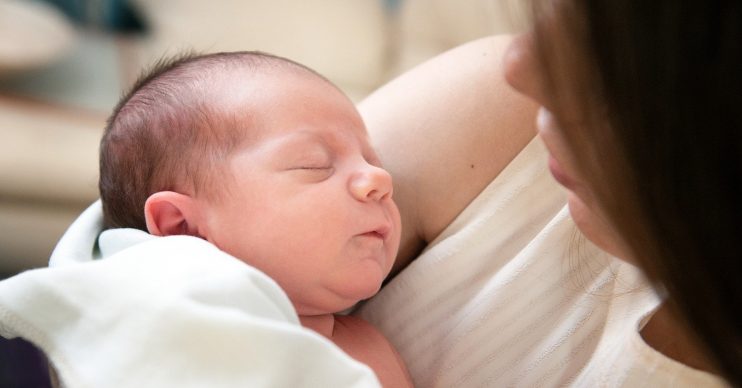 Such a cruel thing to say!

After nine months of waiting to meet your new arrival, their birth is supposed to be a joyous affair filled with love.

Friends and family members can’t wait to rush to the hospital to greet your newborn, all cooing over just how beautiful he or she is.

However, that certainly wasn’t the case for one new mum, whose father told her that her new baby was ugly and that she should’ve left the premature tot “in the dumpster”.

The woman shared her story to Reddit and revealed that she gave birth to her “long-awaited baby boy” on Friday (February 28).

“He’s a bit small (5 lbs) and I didn’t get to hold him for the first 24 hours of his life (because he was in the NICU and I wasn’t allowed to leave my hospital bed due to preeclampsia). Obviously, it’s been a stressful couple of days,” she said.

The woman added: “My dad came to visit at the hospital yesterday. My entire pregnancy, he has been telling me things like: ‘This kid’s going to be huge,’ and ‘He’s going to be a killer I can tell,’ and I just laughed it off.”

She continued: “He’s one of those old-school middle-aged guys that thinks all little boys have to be super butch.”

His nose is huge but he’s not horrible. When I saw those first pictures of him, I wanted to tell you to leave him in the dumpster!’

However, the new mum said: “Unfortunately, the reality is that my son is small and frail and sickly looking.”

She added: “When my dad finally got to meet him yesterday he said: ‘He’s not as ugly as he looks in your pictures! His nose is huge but he’s not horrible. When I saw those first pictures of him, I wanted to tell you to leave him in the dumpster!'”

The woman admitted she is hormonal and worried about her baby but said her dad’s comments have made her feel “incredibly hurt”.

“I laughed it off in the moment. But today, after stewing on it, I mentioned it and told him I thought it was a mean thing to say. He then flipped out on me, saying that I’m too sensitive and too negative and he was ‘just kidding’,” she said.

She added that she normally gets along well with her dad and added: “I know he’s not a bad person.”

One said: “Seriously! That for me would be grounds for cutting him off my life for a while.”

They added: “While I know most newborn babies are not the most cute babies, I’ll be dammed if you are going to speak like that about my baby.”

“Your own father said you should leave your newborn baby who was in the NICU in the dumpster. Who says that about their own grandchild?” another commented.

Others urged the woman to “protect” her child from his grandparent.

“So your father has probably conditioned you to accept his sh***y comments all your life. Protect your kid from him,” they said.

Another concluded: “WTF. Who calls a newborn ugly? Who suggests murdering their premature grandchild for laughs? Jokes are supposed to be funny to the person hearing them. If they’re only funny to the person saying them, then they’re not jokes, but just nasty things to say.”