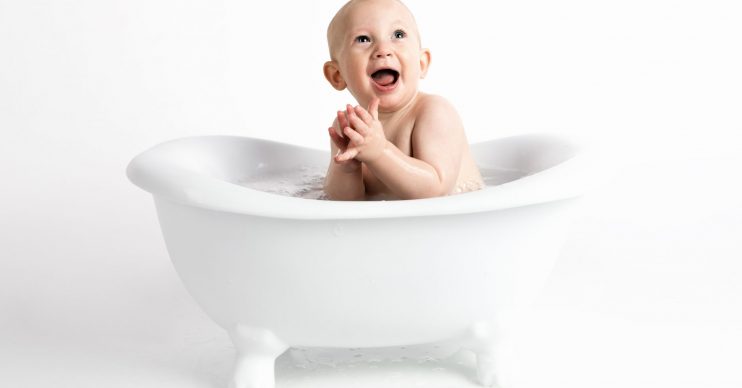 There’s arguably no better smell in the world than that of a freshly-washed baby.

Add in a sprinkling of Johnson’s Baby Powder and it’s fair to say that most of us would admit to feeling broody.

However, one woman has caused a stir by revealing that she loves the smell of disinfectant Dettol so much that she adds some to her toddler’s bath.

Unsurprisingly the post on NetMums has proved to be something of a talking point.

The unnamed woman said: “Random post! My partner thought I was weird when I said I loved Dettol baths! He’s never heard of it or had one! Anyone else?”

She added: “Finally picked some up as an emergency as my oldest had a fall at school and here I am now giving my three year old her first Dettol bath. Can’t wait! Love the smell!”

She also revealed that she’d be bathing in the stuff, too!

“I don’t do it all the time, I haven’t for years. My grandparents do it all the time so when I slept over I had them and loved it! Makes me feel all clean and basically just love the smell! I’m not OCD,” she added.

“As in Dettol in the bath?” asked one user. “Never heard of that.”

Another added: “Dettol in the bath, goodness no wonder there are now so many allergies around when people think they need to bathe in disinfectant. Yuck.”

“It sounds awful,” said another.

“Don’t you come out smelling of Dettol though?” another asked.

Another said she wasn’t sure it was good for your “fufu”, while one said she didn’t think her husband would appreciate her coming out of the bath smelling “sterile”.

“I can’t imagine my hubby finding that smell to be attractive. I usually come out the bath smelling of something sweet and pink not sterile,” she said.

However, some agreed that Dettol baths were a good idea – and they admitted they’ve tried them too.

One said: “I haven’t for ages but I especially did when I was pregnant. I love the smell of it.”

“Yes my dad always had a Dettol bath and he is now in his seventies and has hardly ever been ill in his life,” said another.

Another user added: “Oh my god I’m obsessed with Dettol for cleaning as makes the house smell super clean. Never used it in the bath though… interesting. May have to give this a whirl!”

Finally picked some up as an emergency as my oldest had a fall at school and here I am now giving my three year old her first Dettol bath. Can’t wait! Love the smell!

However, while it’s never a good idea to pour household disinfectant in your bath, some users pointed out the fact that Dettol does actually have a product it says is suitable for bathing in.

Dettol Disinfectant Liquid with Aloe Vera is “gentle on skin and kills 100 illness causing germs when diluted with bath water”, according to the Dettol website.

“I use the normal Dettol,” one mum quipped back. “Is there different ones? Never done me any harm!”

What do you think of Dettol baths? Let us know on our Facebook page @EntertainmentDailyFix.