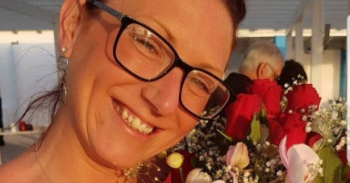 She leaves behind two young daughters and her fiancé

A talented singer who appeared on The X Factor and The Voice has tragically died from cervical cancer – after missing just one smear test.

Mum-of-two Alexis Woolerton was told the disease had returned in July 2017, having missed a single screening in 2015.

Doctors gave the 34-year-old, who was from Leeds, the all-clear in May last year after she underwent surgery and radiotherapy.

According to The Sun, her fiancé Ricky Walker said: “Alex missed one cervical smear in 2015, which cost her her life.

“She was like a tornado, she was the life and soul of the party and she loved nothing more than singing. She was an amazing singer.”

Her friends and family are currently fundraising in the hope of generating enough cash for Alexis’ daughters to go on holiday to Disney World in Florida.

Ricky continued: “Alex absolutely adored her kids and she would be so happy that friends and family are raising money to take them on the trip of a lifetime.”

According to the fundraising page on JustGiving, everyone was “in awe” of Alexis’ singing voice.

The statement read: “She not only had an amazing voice with a vocal range that mirrored her idols, she also commanded your attention. Her stage presence was captivating.

“Anyone who ever met this girl will tell you that she should have been a star, it was only a matter of time until the right person saw her talent.”

It continued: “This girl never lost hopes of singing as a full-time profession, but the trials of life meant that she never fully got the break she rightly deserved.”

Smear tests help to identify pre-cancerous changes in the cervix.

Read more: Jeff Brazier reveals why Jade Goody didn’t get help for cervical cancer until it was too late

They are currently available through the NHS every three years for women aged between 25 and 49, while women aged 50 to 64 are invited for testing every five years.

But there’s a big call for the smear test age to be lowered to 18, with one storyline on Coronation Street helping to stir up conversation on the issue.

Reality star Jade Goody passed away from the disease in 2009, aged just 27.

Have you or any of the friends or family been affected by cervical cancer? Leave us a comment on our Facebook page @EntertainmentDailyFix and let us know what you think of this story.