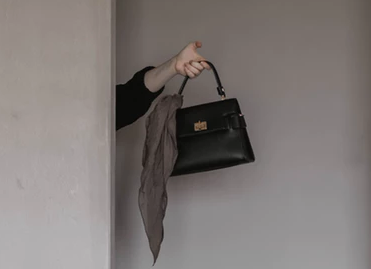 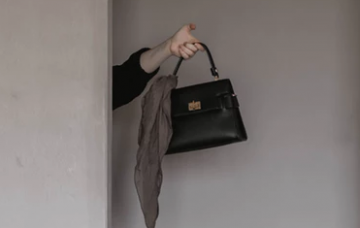 She's ordered a much cheaper version of the product

Online shopping can be a blessing, but it can also be a curse… and a test of our moral compass.

Most of us would never steal from a shop, but what would you do if one accidentally delivered an item to you that you hadn’t ordered and therefore paid for?

One mum found herself in this situation and decided to ask others whether it would be wrong to keep it.

The answers  – and judgements – came thick and fast on Mumsnet.

She called her post: ‘To keep this or am I thief?’

Below the headline, she explained: “So I ordered a purse online from a well known brand.

“I paid £12 so cheap and cheerful. The parcel arrived today and it was well packaged in a nice box and wrapped etc.

“I opened it and it was a different purse (loved it) and I checked online and it is selling on the site for £100.

“Moral dilemma… keep or return? Would you tell them?”

One moral citizen pointed out: “Legally speaking you are a thief if you keep it.”

And they weren’t alone, as others also suggested she’d be a thief if she kept it.

One said:”Keeping it is theft. Does not matter how big the retailer is. Someone might lose their job over this loss, just before Christmas. Do you want that on your conscience?”

Another noted: “You are a thief if you keep it. You should send it back.

“It is irrelevant whether the shop is small or large.”

Someone else suggested holding onto it for a while: “I’d keep it for a month and wait and see if anyone chased it up. I’d then plead ignorance. I’d also feel horribly guilty.”

Another person pointed out that she ought to think about where her cheaper purse might have gone to, stating: “Someone else might get your cheaper purse, but they don’t believe them.

“I’ve never had any luck when I’ve kept things that I shouldn’t, so I’m always honest.”