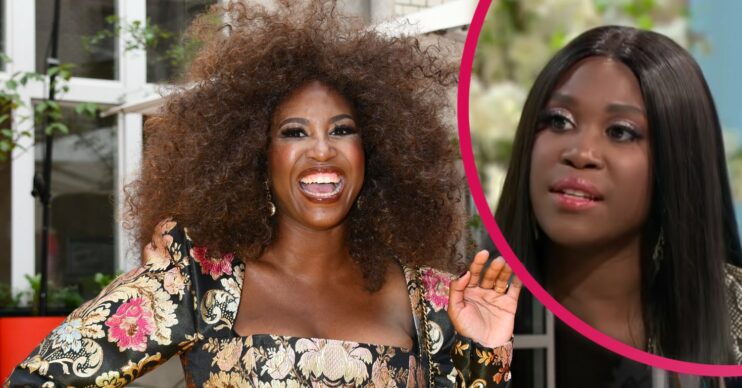 Motsi Mabuse has been left “shocked, sad and disappointed” after falling victim to a perceived racial slur on the front page of a best-selling newspaper.

The Strictly Come Dancing star appeared as a guest judge on a televised talent show after filling in for another judge who had tested positive for Covid-19.

However, the appearance on prime time German programme Das Supertalent ended in tears for Motsi as she fell victim to the German press.

The upset came when Bild – the biggest selling newspaper in Germany – printed a picture of her alongside the headline: “The chocolate didn’t help either.”

Motsi, 40, since blasted the article as “plain and simple racism,” as she revealed her devastation at the choice of words.

The report explained that the judges were sniping at and talking over one another during the recording of the show.

Bild’s report also claims that Motsi was heckled by the crowd after refusing to vote off one singer.

She then allegedly yelled at the crowd as they increased in volume: “You are evil. I will remember your faces.”

Bild also claims that during the seven-hour recording presenters were seen handing out bars of chocolate to the angry crowd.

Motsi – who lives in Germany – said she had seen the headline after having an “evening full of tears”.

She said: ‘I was really shocked. After the shock, I was extremely disappointed and sad.”

Motsi then admitted the thoughtless title had hit her hard.

She continued: “Words matter and for some people, you will never ever be good enough. Not because of your qualities but because it’s plain and simple or subtle racism.”

Fans of Motsi blasted the “chocolate” reference. She shared one follower’s comment as they wrote: “How racist, unsubtle and s*** can one actually be?”

Speaking about the editorial decision Bild’s Deputy Editor claimed the chocolate reference related to the bars given out “appease the audience”.
He added: “We changed it anyway. It was by no means intended to offend anyone.”