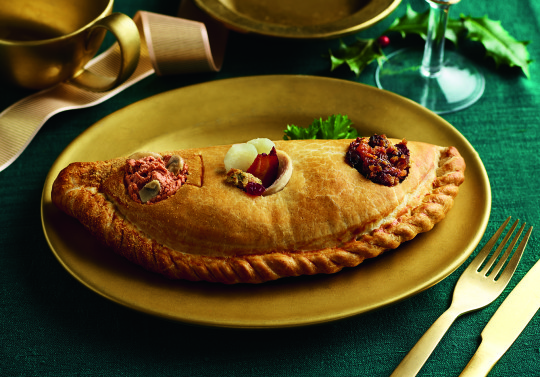 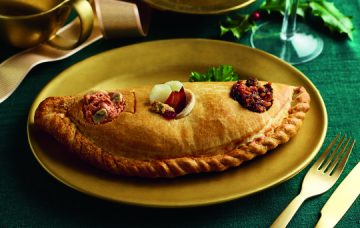 Three fillings all in one!

A pasty is the food of champions any given day.

But Morrisons has just taken the savoury pastry delight to the next level.

The supermarket has release a Christmas dinner pasty.

And it’s not just a turkey with all the trimmings creation.

This festive pasty contains three courses all in one golden case.

For starters, there is Ardennes pâté, sweet apple chutney and Melba toast.

The main course – in the middle of the pasty – is turkey with sage and onion stuffing, potato, pigs in blankets, cranberries and a creamy sauce.

And dessert is rich Christmas pudding with brandy sauce. All the the modest price of £2.50!

The idea was inspired by the original Cornish pasties, which also combined savoury and sweet bits.

One end contained meat and veg, while the other had jam or fruit.

The pasty was invented for miners to be able to transport a meal underground and eat conveniently. And they’d have their main and sweet in one packet of flaky pastry deliciousness.

This looks perfect for anyone who finds themselves alone and short on time on Christmas Day – or for anyone that loves to eat as many Christmas dinners in the run-up as is humanly possible.

Would you give it a try? Leave us a comment on our Facebook page @EntertainmentDailyFix and let us know what you think!