Monty Don lost his beloved golden retriever Nigel back in May of this year.

The BBC star, 64, has bought a stunning terracotta planter in honour of his departed dog Nigel.

He shared his purchase to his fans on Instagram and explains he plans to plant a tree in Nigel's honour.

He wrote: "This arrived today from Whichford in memory of the old boy. I shall have to plant it appropriately #tennisballtree." 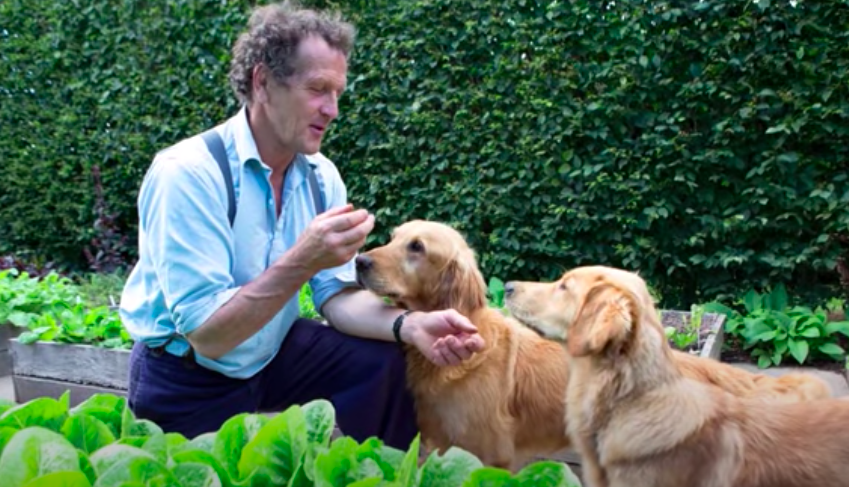 Monty Don with his beloved dogs Nellie and the late Nigel (Credit: BBC)

One user posted: "What a beautiful tribute."

Another user suggested: "Very touching - can you add a tennis ball?"

A third user posted: "Just proves how loved Nigel was - turned over page on GW calendar this week and there he was - made me smile."

And a fourth user praised: "What a lovely, appropriate memorial. GW is not the same without him but great anyway!"

Golden retriever Nigel was a popular Gardener's World mascot and appeared on many an episode.

This arrived today from Whichford in memory of the old boy. I shall have to plant it appropriately #tennisballtree

Monty revealed back in May that Nigel had passed after a short illness at 11 years old.

Announcing the sad news on Instagram he wrote: "I am very sorry to announce that Nigel has died.

"To the end he was happy, healthy and his usual calm, lovely self.

"But he was suddenly taken ill and he slipped quietly away with no pain or suffering and is now buried in the garden with lots of tennis balls.

"Rest now old friend. See you in the sweet bye and bye."

Monty is a known dog lover and also has another golden retriever called Nellie, and a Yorkshire terrier called Pattie.

He has previously spoken about how his dogs have helped him get through bouts of depression.

Speaking at Cheltenham Literary Festival he said: "If you are unwell, physically or mentally, a dog is a huge comfort."

He reiterated this sentiment while speaking on Radio 4's Today programme in the wake of Nigel's death.

He said: "Having someone to look after, who returns that attention with completely unqualified love is a powerful medicine."

What do you think of Monty's tribute? Share your thoughts with us on our Facebook page @EntertainmentDailyFix.