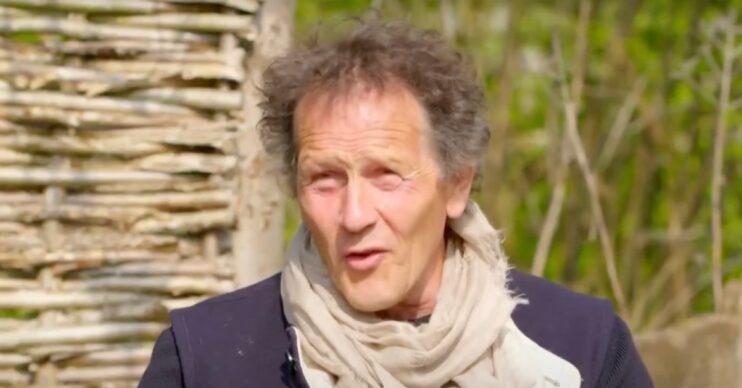 Monty was supported by fans today

Monty Don was shown support by his followers after revealing a tough gardening decision he’d had to make recently.

Monty confessed to having had to cut a wildflower meadow so as to stop spreading and seeding – something he did with a “heavy heart”.

The 66-year-old took to Instagram earlier today to share some sad news with his one million followers. Monty uploaded two pictures to his post – a before and after comparison.

In one photo, the wildflower meadow in his garden is thriving. However, in the second, there’s just grass left.

“With a heavy heart I decided to cut the wildflower meadow in the orchard yesterday – at least a month earlier than I would ever want to,” he captioned the post.

“This was because lesser hogweed has become such a prevailing weed that we felt we had to cut it whilst still flowering to stop it seeding and thus spreading even more,” he continued.

“We will now keep it tightly mown all summer and reseed with yellow rattle in September as well as adding more perennials and bulb,” he added.

Hundreds of Monty’s followers took to the comment section of the TV star’s post to show their support.

“Tough choice but more biodiversity will be good in the long run!” one of his followers said.

“Oops, but good to know it can happen to the best and great to know how to treat it,” another wrote.

“Oh what a disappointment,” a third commented, adding a sad emoji to their message.

“Sad, but necessary,” another said.

“Sometimes gardening is a case of ‘cruel to be kind’,” a fifth wrote.

The 66-year-old recently had his fans worried about his health.

Last month, Monty was struck down by Covid, which had left him feeling “exhausted” and bed-bound.

However, just days later, Monty revealed that he was heading back to work to do coverage of the Chelsea Flower Show.

“Finished filming GW today – garden looking great,” he tweeted. “Off to Chelsea at the weekend and will be on every evening next week doing a round-up of the day on BBC2.”

Fans were quick to praise Monty, but also show their concern for his health.

“Please take care with your energy levels & pace yourself, no point ending up with Long Covid, it would rob you of so much that brings you joy,” one said.

“Don’t exhaust yourself. You are still getting over the virus don’t forget and we like you a lot,” another said.