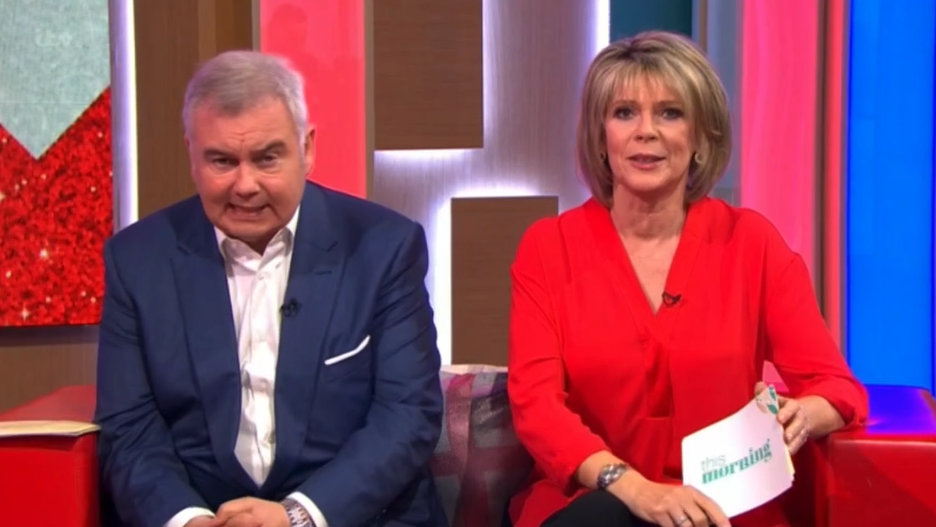 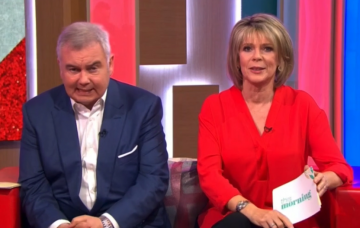 Eamonn Holmes has jokingly told his wife Ruth Langsford that if she was a bit more of a natural dancer, she would have made it further on last year’s Strictly Come Dancing!

On Wednesday’s This Morning, the duo sat down with Britain’s Got Talent finalist Donchez Dacres to speak about his famous Wiggle and Wine dance.

However, before beginning the interview, Eamonn wanted to showcase his dancing skills by trying out the dance move.

As Ruth giggled at Eamonn’s dancing skills, she told Donchez: “You’re trying to do the impossible, which is teach Eamonn to wiggle wine.”

Clearly not impressed by his wife’s comment, Eamonn hit back: “Get off my case! Donchez has just said the following…”

Donchez cut in: “You’re a natural!”

Speaking to Ruth, Eamonn, 58, then quipped: “And if you had a bit more natural [talent], you would have gone further in Strictly Come Dancing.”

Moving past Eamonn’s joke, Ruth asked Donchez what the secret is to a “good wiggle wine.”

Donchez replied: “Just relax. Wiggle wine is for everybody!”

Eamonn then remembered they had to actually interview Donchez and stopped dancing to join Ruth on the sofa.

She became a firm favourite thanks to her partnership with Anton Du Beke.

But this isn’t the first time her hubby Eamonn has teased her dancing talents.

In February, the Irish presenter told OK! Online that he spoke about his wife’s appearance on Strictly when he met the Duchess of Cornwall earlier this year.

He revealed: “We talked about Strictly. She loves it. She said to me, ‘you must have been very surprised by your wife…’, and I said, ‘I was. I was surprised to learn she couldn’t dance’.”

And his remarks didn’t stop there.

During an occasion on This Morning when Ruth interrupted Eamonn, he told her: “That’s why you couldn’t dance on Strictly, darling. I’m just saying, sometimes the dancer has to take the lead.”

Did you enjoy watching Ruth on Strictly? Leave us a comment on our Facebook page @EntertainmentDailyFix and let us know what you think!