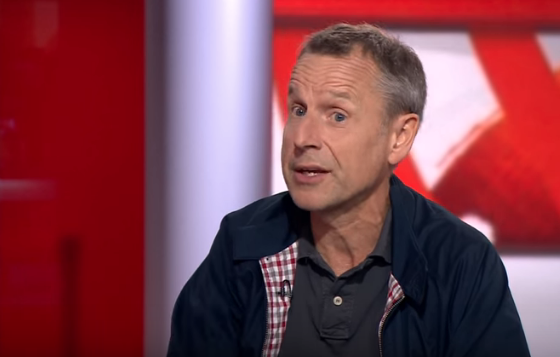 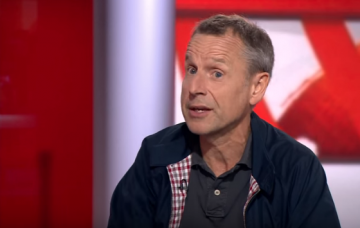 The 57-year-old stand up was best known for his hilarious appearances on radio shows The News Quiz and I’m Sorry I Haven’t a Clue.

He also found TV fame as part of of QI, Blackadder and Mock the Week, for which he appeared in the first episode of the long-running BBC panel show.

His publicist confirmed the Perrier Comedy Award winner passed away in the early hours of this morning.

Read more: This Morning viewers can’t believe their ears as guest seems to swear at Eamonn

A statement read: “Friends and family of comedian Jeremy Hardy are immensely sad to announce that Jeremy died of cancer, early on Friday 1st February.

“He was with his wife and daughter as he died. He retained to the end the principles that guided his life – trying to make the world more humane, and to be wonderfully funny.

“He will be enormously missed by so many, who were inspired by him and who laughed with him. A fitting memorial will take place, details to be announced soon.”

Friends and fans alike expressed their sadness at the news by remembering the left-wing comic as a “compassionate” and “principled” person and performer.

One of my favourite memories of @JeremyJHardy. From a News Quiz recording day. 2012. He came into the office and discovered people had been putting their names on the milk in the work fridge. I think this sums up Jeremy nicely. ❤️ pic.twitter.com/ruXKXaAyBM

“Unfussy, unshowy, principled, self-deprecating, hugely loved and admired by his fellow comedians, and funnier than the lot of us put together.

“A unique comedian and a lovely man.”

Comedian Jack Dee recalled Jeremy as “ground-breakingly brilliant” as he gave his best to Jeremy’s widow and daughter.

Dear Jeremy, a profoundly witty and honourable man – so sorry he has left us RIP Jeremy Hardy

He continued: “Off the register funny, compassionate and caring.

“So privileged to have counted him as a dear friend.”

And regular collaborator Mark Steel also remembered his “dearest friend” by joking about how Jeremy should be mourned.

“I was so lucky to have spent 35 years [bleep]ing about with him,” Mark tweeted.

Earlier this month fans had become concerned about Jeremy’s health after he sent a worrying tweet to TV personality Danny Baker.

He later insisted he was “fine” and had sent the message while drifting in and out of sleep while watching a TV drama.

However, Danny today revealed he had not previously seen the heartbreaking tweet which he suspects may have been sent publicly in error.

“Just seen a tweet that the blessed Jeremy Hardy sent me a few weeks back,” typed Danny.

“In it he tells me he hasn’t got long, I think he meant it as a DM.

“I didn’t see it at the time and so never responded.

“Nothing to be done now.”