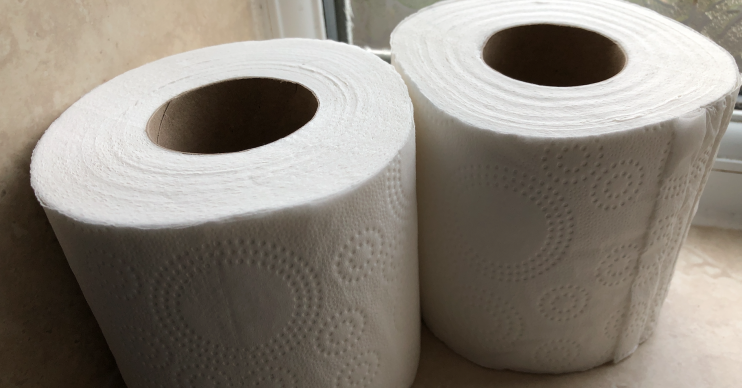 Haidee Janetzki has reportedly been crowned the 'Queen of Toilet Paper'

A family in Australia need not worry about running out of toilet roll as coronavirus threatens to spread – they have enough to last them over a decade!

According to news reports, mum Haidee Janetzki has been crowned the ‘Queen of Toilet Paper’ – and constructed a throne out of rolls – following a blunder which saw her order thousands of supplies.

Mail Online claims 48 boxes of toilet roll was delivered due to Haidee’s home in Toowomba, Queensland due the error, rather than one box of 48 rolls.

That left her and her brood with over two thousand rolls and caused much amusement with friends and neighbours when it apparently went down last month.

It is believed she discovered she’d been charged $3,264 for 2,304 rolls instead of the $68 for one box when checking her credit card statement.

But Haidee and her family may be left sitting pretty as concerns about stockpiling continue to mount across the world.

Her husband Chris is reported to have said during a Facebook live stream address: “We are flying high. We are sitting pretty, we are loaded with toilet paper. In fact we think we are royalty now, check out our throne for our toilet paper Queen.”

And Haidee is said to have told the Mail: “The day it was delivered I said: ‘Oh we better call the insurance company and up our contents, we’ve got this valuable commodity.’ I suppose it’s doubled in price in the last week!”

Elsewhere down under, it was reported yesterday that a shopper in Australia had to be tasered by police after a bust-up at a department store amid further reports of panic-buying.

And in the UK, newspaper reports claim that Britain’s supermarkets have drawn up emergency plans to ‘feed the nation’ and deal with potential panic-buying in the event of the coronavirus outbreak worsening.

The contingency plans would apparently see shops working with suppliers to reduce the variety of products on offer and instead focus on staple foods and groceries, The Guardian reported.

Experts have also warned that shoppers run the risk of being infected via contaminated bank notes.