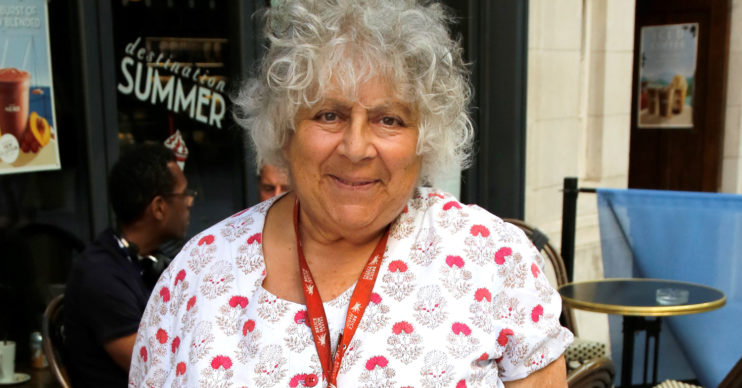 Miriam made the shocking admission on The Last Leg

Miriam Margolyes’ shocking comments that she ‘wanted Boris Johnson to die’ from coronavirus have clocked up more than 200 Ofcom complaints.

The Harry Potter actress made the admission on Friday night’s The Last Leg (May 8) after being asked how she thought the government has handled the pandemic so far.

Miriam’s comments that at first she wanted Boris to die when he went into hospital suffering with COVID-19, sparked 241 complaints to TV regulator Ofcom, while shocked viewers took to Twitter to blast the actress.

Responding to the complaints, a Channel 4 spokesperson commented: “The programme is live and unexpected comments can happen. In this instance, Miriam went on to say that she wanted him to get better.”

On the show Miriam spoke to hosts Adam Mills, Alex Brooker and Josh Widdecombe about the Prime Minister and how he has dealt with the virus outbreak.

What did Miriam say?

“I had difficulty not wanting Boris Johnson to die. I wanted him to die.”

“So then I wanted him to get better, which he did do, he did get better. But he didn’t get better as a human being.

“And I really would prefer that.”

What was Piers’ response?

Addressing his some 7.4 million Twitter followers, he wrote on Twitter: “Disgusting. This is where toxic tribalism has got us.. actively wanting people of a different political persuasion to die.

“Shame on you Ms Margoyles [SIC].”

One wrote in agreement: “Atrocious. I have criticised Johnson as much as anyone else. But I tweeted him congratulations on his election victory, get well messages when he was ill and congrats on the birth of his child. I want him out of office but I’d never wish him harm.”

While someone else added: “In her defence she’s in the vulnerable bracket that Boris is happy to sacrifice for his herd immunity. He’s literally taken steps for people her age to die.”

A third claimed: “Did you actually watch it? She said she felt bad for wishing him dead. But she’s correct. He did get better, but didn’t get better as a human being.”