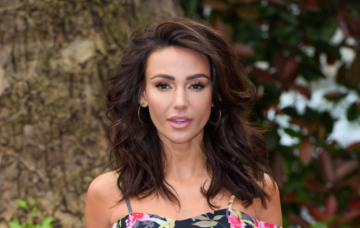 Michelle Keegan signs for Who Do You Think?

She discovers a connection to Emmeline Pankhurst in the 15th series

Michelle Keegan has signed up for the new series of Who Do You Think You Are?

The Our Girl actress, 30, is one of several celebrities who will delve into their family history for the 15th series of the BBC One ancestry programme.

Michelle’s episode will be particularly special, as she discovers a family connection to political activist Emmeline Pankhurst.

A spokesperson for BBC said: “We’re particularly honoured to launch the series with Michelle Keegan’s episode which uncovers her special connection to Emmeline Pankhurst, as part of the BBC’s Hear Her season.

“This is must see TV at its best.”

BBC’s Hear Her season will showcase women’s voices across TV, radio and online to mark 100 years since suffrage and the centenary anniversary of women being able to vote in the UK.

Other stars taking part in the new series of Who Do You Think You Are? include Broadchurch actress Olivia Colman and Strictly Come Dancing head judge Shirley Ballas.

Paralympian Jonnie Peacock and No Going Out actor Lee Mack round up the celebrities who will feature in the 15th series.

Only a few details about the various episodes have been released so far.

We’ve been told Olivia will travel to India to uncover a family history more diverse than she originally thought, while Lee will reveal a comedy connection to his great-grandfather who served in World War One.

The celebrities will visit destinations throughout the series including Jamaica, South Africa, Latvia, Gibraltar and Genoa.

“The stories they unearth are revelatory, often unexpectedly humorous but always affecting.”

The new series of Who Do You Think You Are? begins this summer on BBC One.

Are you a fan of the show? Leave us a comment on our Facebook page @EntertainmentDailyFix and let us know what you think!