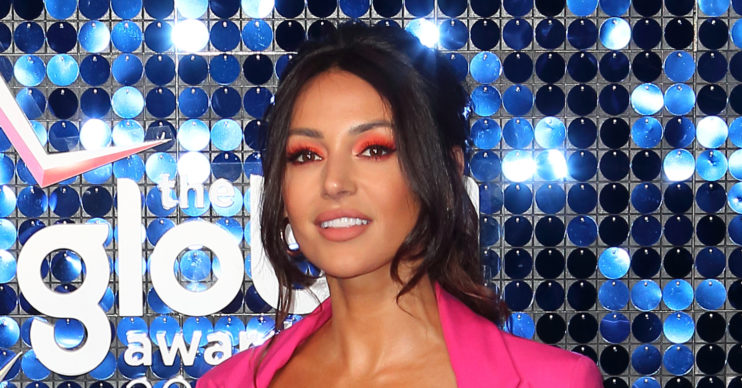 The Brassic actress has definitely not been slobbing on the sofa

The actress, 33, thanked her husband Mark Wright, also 33, for helping her achieve her sculpted abs.

Sharing to her stories, she thanked Mark and his team at his new fitness platform, #TrainWright.

“Thanks for keeping me motivated during this time. Now for the 30 day plan…”

Wearing a black sports bra and sports leggings, her sculpted abs and arms are firmly on display.

Mark has been helping inspire thousands of Brits during lockdown thanks to his free workouts on Instagram.

Celebrities have even got involved – including his pal James Argent and the likes of Keith Lemon, Amanda Holden and Tyson Fury.

And it is all apparently part of their new business ventures.

The pair have set up two new fitness companies over the last few months.

One, opened in both of their names, is called Mysa Active.

Read more: Brits set to enjoy the warmest week of the year so far

And the other, opened by Mark, is called Train Wright.

“Being healthy and fit now should be a priority”

The latter is now up and running and appears to be a subscription based app.

Mark told The Sun that he was inspired to get into the best shape of his life during lockdown.

He told the paper: “Staying healthy and fit mentally and physically throughout life is so important.

“During these confusing and worrying times, being healthy and fit now should be a priority.”

He added that his home workouts are accessible to anyone, and don’t require hours working out a day.

The former TOWIE star continued: “I’m not someone who ever spent hours in the gym every day, even though that’s what people think.”

Michelle also told Hello! magazine last year that she also prefers to work out in moderation.

She advised: “Don’t overly push yourself. I only set myself a target to spend 45 minutes in the gym and then, I’m done. I think it is important to do everything in moderation.”

What do you think of Michelle’s rocking abs? Share your thoughts with us on our Facebook page @EntertainmentDailyFix.