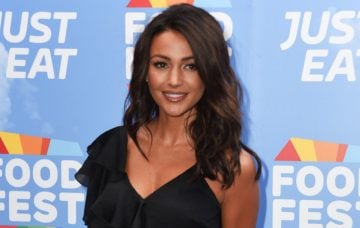 Michelle Keegan has marked the end of summer by sharing a throwback video of herself behind the scenes at one of her beach photoshoots.

The actress shared the clip to Instagram this week which showed herself posing in a variety of different beach looks, including a nude bikini and a floral two-piece.

At one point, Michelle posed topless wearing just a pair of white shorts as she sat on a rock with her back to the camera.

In another part, Michelle was seen surrounded by her team of stylists as she showed off her toned bod in a bandeau and floral shorts.

The post was captioned: “As Summer is well and truly on the way out here’s a #tb behind the scenes vid to one of my shoots!”

Fans couldn’t get over how amazing Michelle looked with one person gushing: “You are unreal!”

Another said: “Her body is insane!!!” while a third wrote: “Omg stunningly beautiful!”

As Summer is well and truly on the way out heres a #tb behind the scenes vid to one of my shoots! #summervibe #team ☀️

Her hubby Mark Wright was also a fan of her shoot and paid his wife a compliment in the comments section of the post.

Mark, who has been hosting US TV show Extra in America for the past year, wrote: “Hands down, without fail, THE hottest woman on earth!!”

The shoot came shortly after Michelle revealed Our Girl could be axed as series four hasn’t yet been confirmed by the BBC.

Michelle plays feisty Army medic Corporal Georgie Lane in the drama, which she began portraying in 2016 after taking over from EastEnders actress Lacey Turner.

The finale of series three of the show ended in July with Georgie coming under fire after sparking a potential romance with Ben Aldridge’s character captain Charles James.

Speaking about whether the show is returning for another series, Michelle told the Daily Star: “We don’t know yet if we will do another series. It’s not been confirmed. I know there are talks, but I’ll have to wait and see.

Read more: Michelle Keegan on “date night” with pals while Mark’s in LA with Khloe Kardashian

“It would be great for it to come back. The writer is so talented, so I know he’d come up with some great storylines.”

She added: “The ending was a real talking point because the plot was literally left on a cliffhanger. But if it doesn’t come back then I think the storyline was left at a nice place.”

Would you like to see another series of Our Girl? Leave us a comment on our Facebook page @EntertainmentDailyFix and let us know what you think!