Michelle Keegan has given fans an insight into her stunning home after adding a selection of decorative touches.

The 33-year-old actress took to Instagram to show off her new home accessories yesterday (October 4). 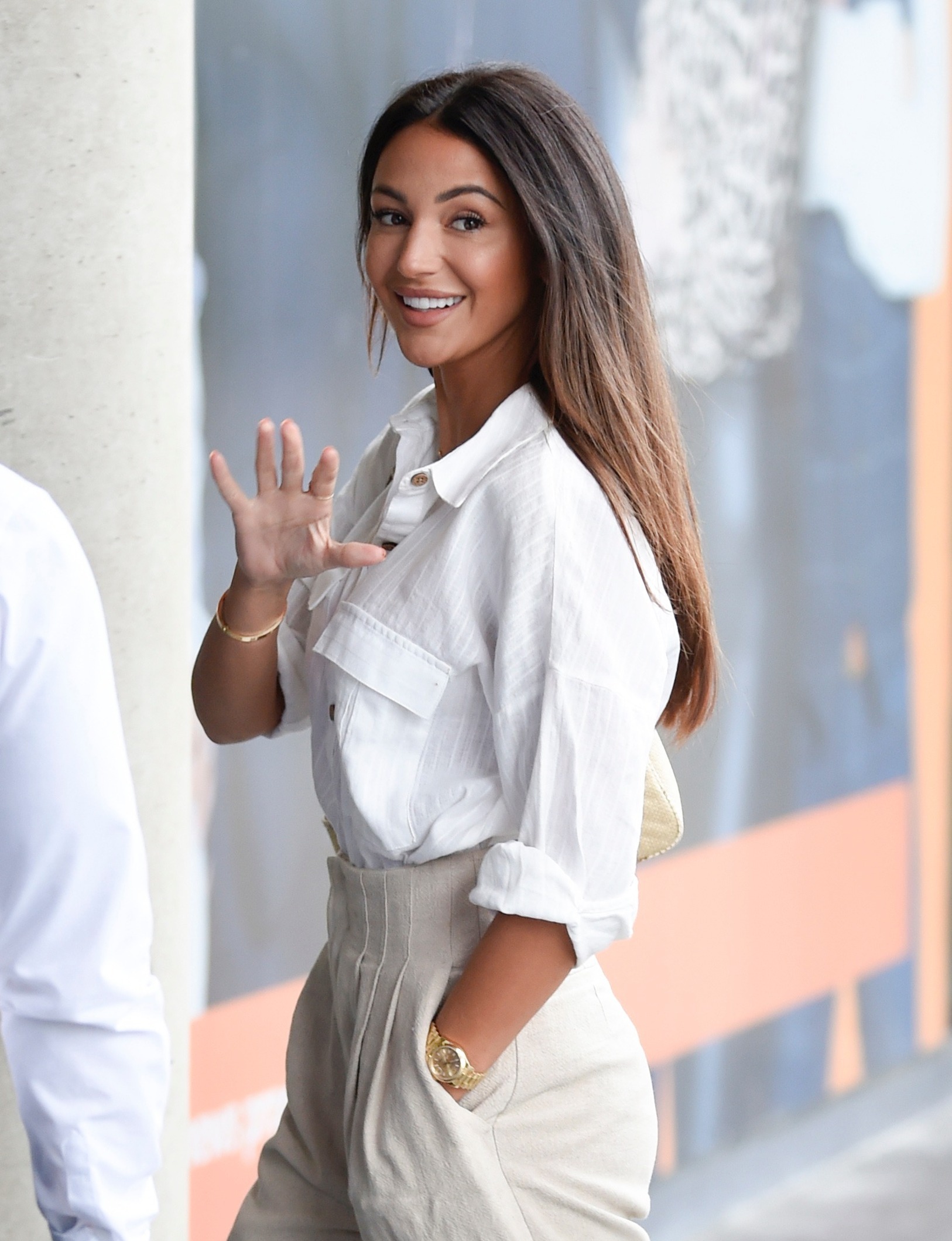 Michelle Keegan has given fans a glimpse inside her stunning Essex home (Credit: SplashNews.com)

What has Michelle Keegan added to her home?

In the first shot, Michelle showed off a velvet armchair positioned next to a palm tree and a fluffy rug.

Over in the dining room, a huge vase with oversized hydrangeas had been added to their sleek white table.

Michelle shared a snap of her living room for final post and wrote: “Thank you so much ladies!

“Guys, always remember to support your local & small businesses where you can!”

Michelle’s new accessories aren’t too pricey either, with a candle holder costing £18.95 and a potted ivy plant coming in at £16.95.

Earlier this year, Mark and Michelle reportedly planned to demolish their £1.3m Essex farmhouse and build a new property on the grounds.

Speaking on starting a family after moving into their dream home, Mark previously told The Sun: “We say we’re going to try [for a baby] every year but something comes up with work…

Read more: Dancing on Ice star Billie Faiers: Who is she and did she feud with Phillip Schofield?

“So it’ll be Michelle filming in South Africa and then I got the job in Los Angeles – so we think, right, we’ll try next year. It’ll be around December or January, we’ll talk about it and we’ll go from there.

While Mark may be keen to talk about babies, Michelle has expressed frustration at being asked about starting a family.

Speaking to Cosmopolitan in June, she said: “A few years ago it didn’t bother me and I answered the question, but now I think, ‘I don’t need to answer that because nobody knows what goes on behind closed doors’.

“I remember when I finished Our Girl, people were like, ‘Is it because you’re going off to have a baby?'”

She continued: “I know for a fact if Mark finished a job, nobody would ask him if he was going to have a baby. It’s not fair. It does make me feel frustrated.”