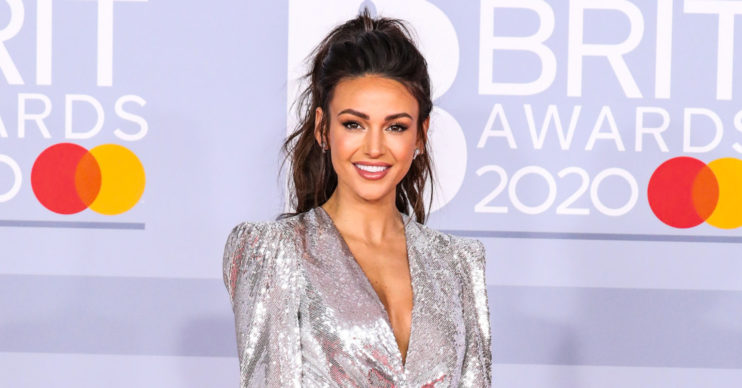 Michelle Keegan has finally reunited with her mum after quarantining at home with husband Mark Wright.

The 33-year-old Our Girl star headed out for a well-deserved girls night with her mum Jackie at the Ivy Asia restaurant in London.

Making the most of her first few days of freedom, Michelle documented the evening with a series of snaps on Instagram.

The first showed Michelle posing for a mirror selfie while wearing a stunning 1950s inspired dress and a white handbag.

Michelle Keegan reunites with her mum

The actress also snapped away at her mum, who appeared intrigued by the toilet ceiling.

Michelle concluded the night with a sweet photo alongside Jackie next to St Paul’s Cathedral.

Where has Michelle Keegan been?

Michelle has been on a fortnight-long lockdown after returning home from Ibiza with husband Mark.

It was certainly a far cry from their trip to Spain, where they spent time in Marbella, Ibiza and Mallorca.

The couple documented their time abroad as they shared photos of themselves on boats and by the pool.

But since they travelled out there, the government changed its guidelines about Spain.

Despite being forced to stay indoors, Michelle admitted the Spanish getaway was “worth it”.

Alongside a throwback snap of herself from the trip, she wrote: “14 days in quarantine… worth it.”

Will Michelle Keegan return to our Girl?

Michelle’s night out comes days after the BBC revealed Our Girl won’t be returning for a fifth series.

The former Coronation Street star starred as Sergeant Georgie Lane in four series of the BBC drama before departing earlier this year.

Our Girl creator Tony Grounds told RadioTimes.com: “With the finale of series four showing Georgie ready to move on with her life, it feels like the right time for us to do the same.”

Despite this, Tony admitted he’d be keen to reunite with Michelle at some stage in the future.

He explained: “Michelle and I are keen to continue our working relationship and, who knows, maybe we’ll catch up with Georgie in the future.”

Jacqueline Jossa was reportedly set to take over from Michelle, but plans were scrapped due to coronavirus.

Speaking to The Sun, a source revealed: “Jacqueline knew it was a massive role for her but after the initial call it all went quiet and nothing more was said.

“With the pandemic and restrictions on filming, they felt it was best to just pull the plug for the moment.

“It’s a shame because everyone thought Jacqueline could have had huge success in the role but the chance never really came off.”

Michelle reportedly quit the show to spend more time with her husband Mark.