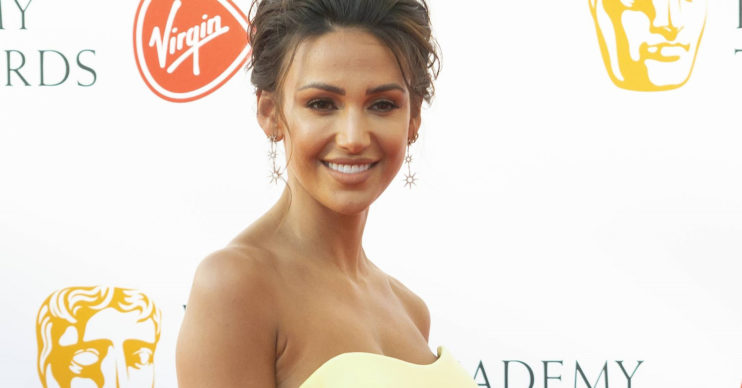 Fans gushed over the beautiful photo

Actress Michelle Keegan has wowed in a green dress as she posed in a beautiful field near her home.

The Our Girl star made the most of the sunny weather last weekend as she enjoyed a walk in the field.

In a photo, Michelle posed in a beautiful emerald green dress from her Very range.

Michelle twirled in her midi dress as she went bare foot.

Fans gushed over the stunning picture, with many complimenting the scenic venue.

One person commented: “So much beauty in one picture!!”

Another wrote: “Cripes, look at that garden! And of course the dress.”

A third added: “Dress is beautiful don’t get me wring Michelle but bloomin ‘eck…. look at those trees!! Perfectly trimmed!!! Garden goals!” [Sic]

However, it’s unclear whether the photo was taken in Michelle’s garden or a field nearby.

Michelle to become a WAG?

Meanwhile, recent reports suggested Michelle could be set to become a WAG.

According to The Sun, a pay-as-you-play deal could be worth up to £600 a week.

The tabloid reported that the non-league side’s boss Jamie O’Hara fancies giving Mark the deal for next season.

A source told the publication: “Jamie has known Mark for a while and has long-admired his ability on the pitch.

“He played to a decent standard as a youngster and was a professional for a time before focusing on showbiz.

“It would make Michelle easily Britain’s most glamorous WAG. The locals in Billericay are going to be gobsmacked.”

Meanwhile, away from work, both Michelle and Mark have previously spoke about starting a family.

The couple have said that they have babies in their own time as they are not in a rush.

Michelle previously said on the Jonathan Ross Show: “Everyone always asks that question.

“Don’t get me wrong, I’m not getting any younger. My mum is on it as well. No plans yet, but we definitely do want children in the future.”