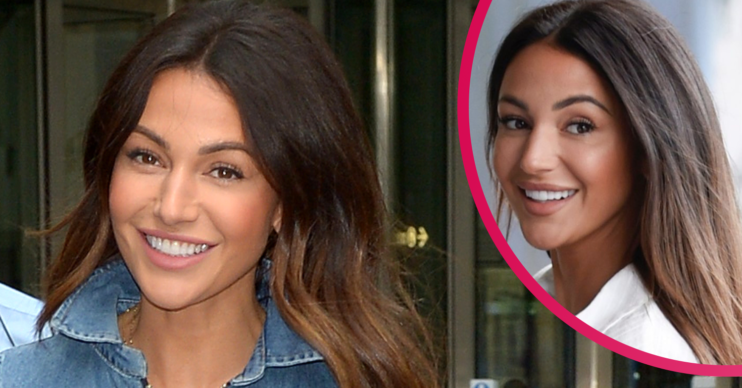 Fans were in awe of the beautiful snaps

The 33-year-old Our Girl star took to Instagram to share a string of snaps from a recent photoshoot.

The shots show Michelle modelling a series of chic summer dresses in a flowery field.

Other shots see the TV star posing up a storm in a camper van.

The snaps left followers gushing, with one writing: “These photos are so pretty 😍.”

Former Coronation Street co-stars Georgia May Foote and Catherine Tyldesley also showed their support by commenting with a string of love heart emojis.

The post comes weeks after Michelle revealed her frustration at people asking her when she is going to have a baby with Mark.

Michelle, who married Mark in 2015, admitted she is fed up with the prying.

Speaking to Cosmopolitan UK, she said: “Nobody knows what goes on behind closed doors.”

What really frustrates Michelle is that Mark doesn’t get asked the same question.

The star added: “A few years ago it didn’t bother me and I answered the question, but now I think, ‘I don’t need to answer that because nobody knows what goes on behind closed doors’.

“I know for a fact if Mark finished a job, nobody would ask him if he was going to have a baby. It’s not fair. It does make me feel frustrated.”

Michelle clearly saw the interview as an opportunity to get a few things off her chest.

“If you go away for work it’s seen as a negative and not a positive,” she continued.

Nobody knows what goes on behind closed doors

“I just don’t understand that and find it hard. You’re trying to carve yourself a career and people say you shouldn’t be doing it because it impacts your marriage. It’s ridiculous.

“That can be quite difficult because it’s hard enough being away from home as it is without negative stories.”

Michelle to become a WAG?

Meanwhile, recent reports suggested Michelle could be set to become a WAG.

According to The Sun, a pay-as-you-play deal could be worth up to £600 a week.

The tabloid reported that the non-league side’s boss Jamie O’Hara fancies giving Mark the deal for next season.

A source told the publication: “Jamie has known Mark for a while and has long admired his ability on the pitch.

“He played to a decent standard as a youngster and was a professional for a time before focusing on showbiz.

“It would make Michelle easily Britain’s most glamorous WAG. The locals in Billericay are going to be gobsmacked.”