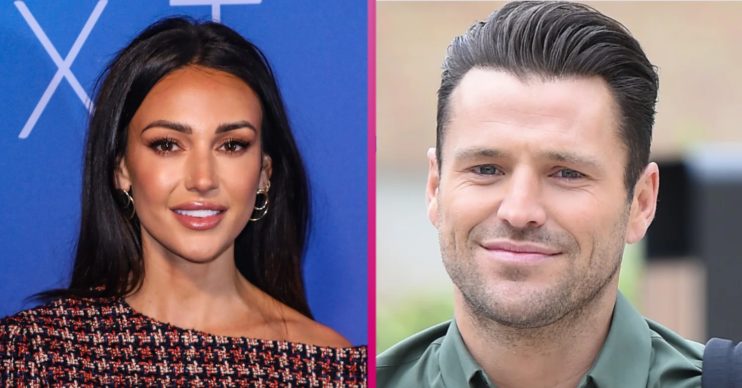 Plenty of the star's fans have offered to share their eggs

Mark Wright had Michelle Keegan “fuming” after she woke up on Easter Sunday to no eggs at all.

The Brassic star posted a message on Twitter revealing that she didn’t get a single Easter egg from Mark or her family or friends.

What did Michelle Keegan say about Mark Wright?

“Not one Easter egg… fumin!” wrote the star, adding hashtags of a chick cracking through its egg and a chocolate bar.

Michelle, 33, got plenty of sympathy online, with her fans jokingly admonishing Mark for not delivering.

One quipped that it was “eggstremely disappointing”, while another person joked that “Mark needs to up his game”.

“Well obviously you’re with the wrong fella. Mark, step aside,” teased another fan.

Luckily for Michelle, she also received plenty of offers of eggs from other people.

Some posted pictures of their haul of chocolatey treats and told the star she was more than welcome to share.

“I have several spare in case the kids don’t like the ones I got them, so you want me to send you one?” asked one generous fan.

“Plenty here Michelle. Got Aero, Smarties, Rolo… you name it I’ve got,” said another.

When did Michelle marry Mark?

They announced their engagement in September that year and tied the knot in 2015.

Michelle and Mark, 34, have both had to travel a lot for work while they have been in a relationship, but the actress has insisted that it has only been a positive experience.

She told the Mail Online in March: “Going away for work is never seen as a good thing, only as a negative, and I don’t understand that.

“Are you seriously supposed to turn down work in case it impacts your marriage? I find it ridiculous,” she went on.

“The travelling could be tiring but it was amazing. I remember taking off one weekend and spending it on a tropical beach and thinking, I’m being paid to be in another country doing something I love.”