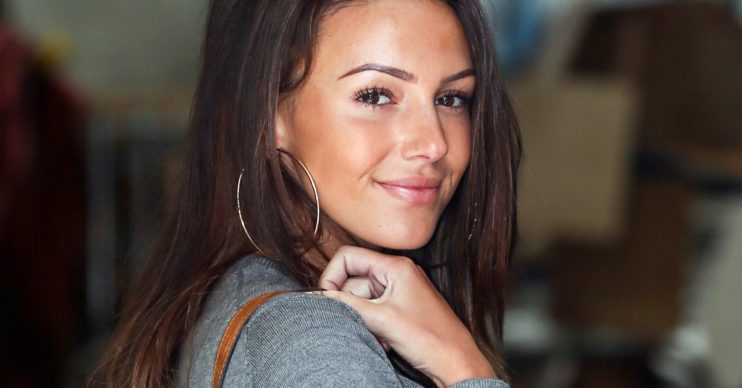 She says it's sexist

Michelle Keegan has said she is “constantly frustrated” by people asking her when she is going to have a baby with Mark Wright.

Michelle, who married Mark in 2015, is fed up with the prying.

She said: “Nobody knows what goes on behind closed doors.”

What really frustrates Michelle is that Mark doesn’t get asked the same question.

At the heart of it is a kind of sexist double standard, she said.

Speaking to Cosmopolitan in a very honest interview, Michelle said: “A few years ago it didn’t bother me and I answered the question, but now I think, ‘I don’t need to answer that because nobody knows what goes on behind closed doors’.

“I know for a fact if Mark finished a job, nobody would ask him if he was going to have a baby. It’s not fair. It does make me feel frustrated.”

Michelle clearly saw the interview as an opportunity to get a few things off her chest.

Another thing which irritates her is dealing with constant speculation that her marriage is on the rocks.

“If you go away for work it’s seen as a negative and not a positive,” she said.

“I just don’t understand that and find it hard. You’re trying to carve yourself a career and people say you shouldn’t be doing it because it impacts your marriage. It’s ridiculous.

@cosmopolitanuk Thank you SO much for having me on the cover once again! 💛 It’s always such an honour and never gets any less surreal seeing myself on the front cover of a magazine I’ve been buying since I was young 🤯🤯 A massive thank you to Cosmos Editor @claire_hodge & @lottielumsden for the interview… My favourite one yet! Thank you @emmyclarkson for my hair and make up! Out Thursday 😘💛 #cosmogirl

“That can be quite difficult because it’s hard enough being away from home as it is without negative stories.”

But she said she is learning to take it in her stride.

“A few years ago it would have bothered me more than it does now,” Michelle added.

But while the time away may be tough, it has paid off for the pair.
The Sun reports that Michelle and Mark are the richest young couple on TV.
According to the paper, they have made over £2.6 million between them in the last year.
What do you think of this story? Go to our Facebook page @EntertainmentDailyfix and leave a comment to let us know what you think.
Share Share Share