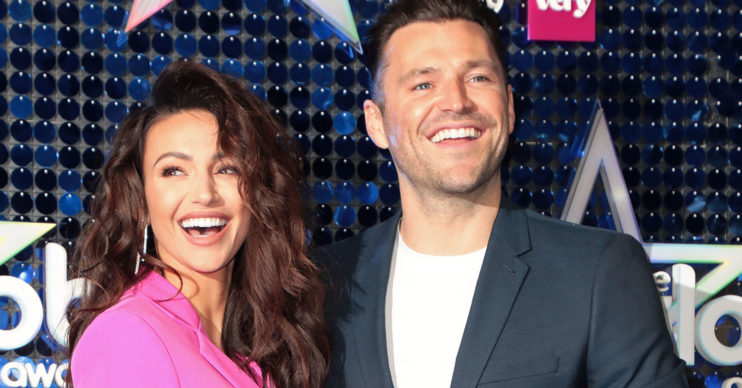 And fans love the romantic gestures

Michelle Keegan and Mark Wright got married five years ago today, and to celebrate they’ve been sharing memories of the big day on social media.

Both former Corrie star Michelle, 32, and TV presenter Mark, 33, have uploaded wedding photos to their Instagram accounts, while paying tribute to each other with sweet messages.

And the romantic gestures have proved a big hit with fans, who’ve been queuing up to send their best wishes to the pair.

First up, Michelle posted a picture of the happy couple clasping hands in their wedding outfits. The couple tied the knot in Bury St Edmunds, Suffolk, in May 2015.

She captioned it: “Five years ago today. Happy Wedding Anniversary @wrighty_. Thank you for always holding my hand.”

The post has already gained more than 243,000 likes, and loads of people have commented on it.

One fan cooed: “Happy fifth wedding anniversary to you both. Have the most wonderful day and here’s to many more anniversaries for the both of you.”

Read more: Michelle Keegan responds to fans’ fears that she’s ‘chopped all her hair off’

Another wrote: “Congratulations to the most handsome couple going!!”

And a third follower commented: “Beautiful couple and grounded – wishing you both a very Happy Anniversary.”

Shortly after, Mark responded to his wife’s post with a tribute of his own.

Alongside a picture of the couple smiling at their wedding, he wrote: “Happy five years @michkeegan.

It’s also been reported that Mark took delivery of a bunch of flowers to give to his wife on their wedding anniversary.

The Mirror Online published a picture of the former TOWIE star holding a huge bouquet of yellow flowers in the drive of their Essex home.

Here’s wishing them both a happy anniversary!