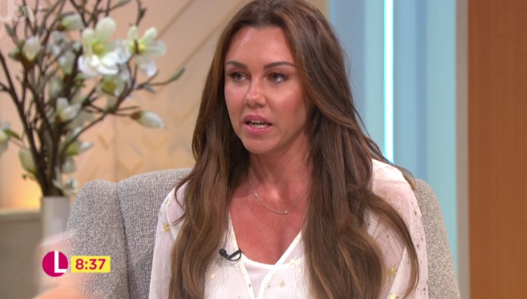 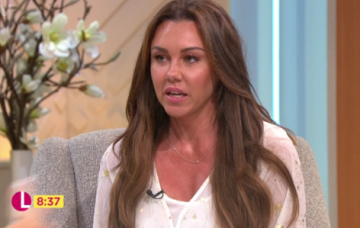 Michelle Heaton has admitted she’s finally sought therapy to help her deal with her double mastectomy and early menopause.

The Liberty X singer said she initially shied away from counselling as she thought she was “strong enough” to deal with what was happening on her own.

But she told Christine Lampard on Tuesday’s Lorraine that she realised years later that she was still affected by her ordeal and needed someone to talk to.

She said: “Counselling was offered at the beginning of my journey but I thought I was strong enough to carry on and that I’d be fine. Then four years later, I wasn’t fine.”

Michelle had a double mastectomy in 2014 after discovering she had a faulty BRCA2 gene – making her much more likely to get breast cancer in the future.

Then two years ago she discovered she was going into an early menopause at just 37-years-old.

She previously told Lorraine the hormonal changes happening in her body often left her feeling angry and she was ashamed about times she’s lost her temper with her husband and two children.

Michelle documents her early menopause in her book Hot Flush, and she said it was writing it that made her realise she needed help.

She said: “It took writing it down to realise I was struggling and I still am. So it doesn’t matter when you seek help – it is never too late.”

Read more: Mel B opens up about heartbreaking split from family

She realised she needed someone impartial to speak to about her feelings despite her husband, Hugh, being a great support.

“It’s not so easy to talk to your loved ones as you see the pain that is beneath their eyes as they don’t know how to help you. Sometimes you don’t need help, sometimes you just need someone to listen,” she said.

“The worse thing for me in the past has been my kids wondering why mummy might be crying or why I shout or am quiet and my husband doesn’t know what to do as he doesn’t have the answers. Sometimes it’s not about finding the answers but just about talking to someone who has no relevance in the situation and no connection to me. I just want to talk.”

Now Michelle is starting to feel better, she is supporting The Samaritans “The Big Listen” campaign to encourage others to follow in her footsteps and seek help if they need it.

However, she added that her stress isn’t over yet, as in the future she will have to deal with the possibility she has passed on the faulty BRCA2 gene to her children, Faith, six, and Aaron, four.

“I’ve realised there isn’t an end as I don’t know what will happen in the future. I don’t know what is going to happen to Faith, whether she is going to decide to have the test or not when she’s 18. It is hard looking at her and my son and not knowing if they are BRCA2 Positive,” she said.

For now, she will have work to distract her as she confirmed she will be reuniting with Jessica Taylor and Kelli Young to perform Liberty X hits around the UK on a new tour.

Do you admire Michelle for speaking out about therapy? Leave us a comment on our Facebook page @EntertainmentDailyFix and let us know what you think!