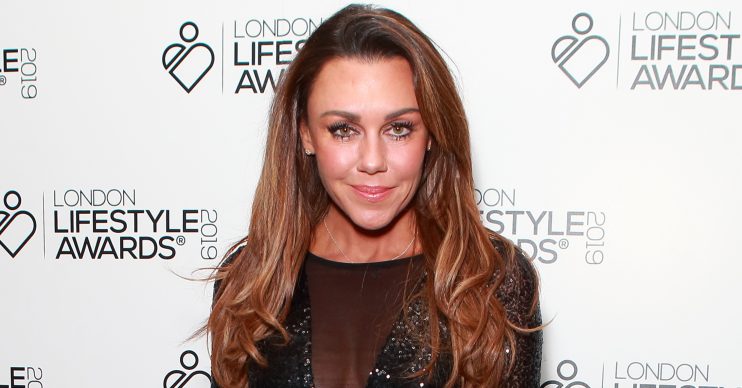 Michelle Heaton rushed to hospital in Bali after collapsing

Michelle Heaton has told her fans on social media that she collapsed while on holiday this week.

The former Liberty X star, 40, revealed on Instagram Stories that she was taken ill shortly after tucking into a £150 meal at a sushi restaurant.

She followed up her initial announcement with a picture of herself in a hospital bed, revealing that she’d suffered from “severe dehydration”.

And (most of) her fans have been showering the pop star with messages of sympathy.

The mum-of-two has been in Bali for the past few days, reportedly staying at a women-only sanctuary while her kids are at home with her husband, Irish businessman Hugh Hanley.

Everything had seemingly been going well, with Michelle sharing pictures of herself enjoying the sunshine – until she dropped the bombshell last night that she’d been taken ill.

Be careful what you eat and drink in foreign countries – especially the ice, because I was not very well at all.

She told her 226,000 followers: “Last night I collapsed from severe dehydration. It just goes to show you need to drink lots of water.

“My problem was I had Bali belly at the same time. I was dripped up to an IV and I’m much better now.

“Be careful what you eat and drink in foreign countries – especially the ice, because I was not very well at all.”

Most of the people who commented on Michelle’s news sent words of comfort to the former Celebrity Big Brother contestant.

One wrote: “How terrible… glad you’re on the mend now.”

Another fan soothed: “You poor thing. I hope you feel better now. There is nothing worse [than] when you’re away from home abroad and feel so unwell – and it always happens when you’re due to fly home.”

Read more: Maura Higgins could be forced to pull out of Dancing On Ice tomorrow due to illness

And a third said: “Look after yourself babe. Your pics have been amazing. I’m not a smushy person, so I mean this when I say you are an inspiration and a breath of fresh air with your realism. Get well soon wonder woman.”

To prove that she’s recovering now, Michelle later shared a video in which she revealed that she’d treated herself to a new tattoo while in Bali (see above).