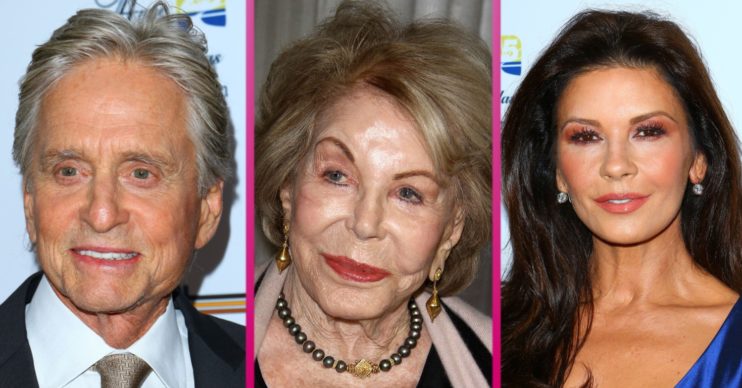 The widow of Kirk Douglas recently celebrated her 102nd birthday

The wife of late Hollywood actor Kirk Douglas died peacefully at her home in Beverly Hills – just days after her 102nd birthday.

In a statement to People, her stepson, Michael Douglas, shared: “Anne was more than a stepmother, and never ‘wicked.’

“She brought out the best in all of us, especially our father.

“Dad would never have had the career he did without Anne’s support and partnership.”

She brought out the best in all of us

Furthermore, he added: “Catherine and I and the children adored her; she will always be in our hearts.”

One wrote: “RIP Anne Douglas. Kirk and Anne, together again in heaven.”

A second said: “A Hollywood love story for the ages. RIP Anne Douglas.”

In addition, a third added: “Such a handsome couple. May they Rest In Peace.”

Another wrote: “My condolences to the family. May she Rest In Peace.”

Who is Kirk Douglas’ wife?

Anne had a long career in the entertainment industry as a film publicist.

Meanwhile, in her later life, she became well known for her philanthropy work.

The star met husband Kirk back in 1953 on the set of Act of Love in Paris.

Their relationship followed shortly after Kirk’s divorce from his first wife Diana.

Speaking about their relationship, Kirk once said: “I often wonder what would have happened to me if I hadn’t married Anne.”

At the time, he said: “To me and my brothers Joel and Peter he was simply Dad, to Catherine, a wonderful father-in-law, to his grandchildren and great grandchild their loving grandfather…

“…And to his wife Anne, a wonderful husband.”