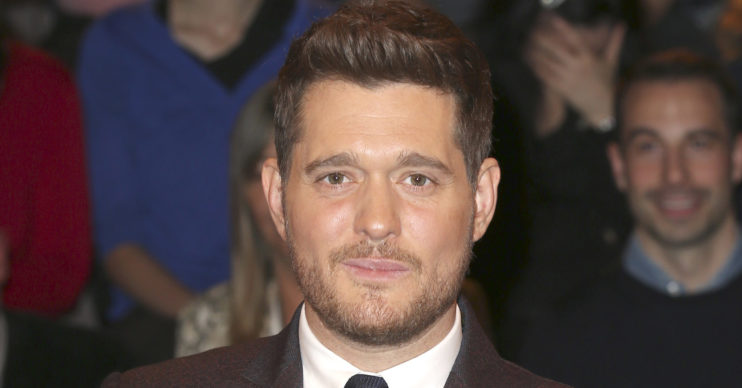 And she's the image of her mummy!

Canadian crooner Michael Buble has delighted fans by sharing a glimpse of his daughter Vida.

He’s been uploading them daily alongside his actress and model wife Luisana Lopilato.

In Tuesday’s video (April 21), however, the couple had a very special guest join them.

And little Vida delighted viewers as she sang with her famous dad.

The video opened with Michael and Lu sitting side by side, before they encouraged the blonde tot to come and join them.

After speaking to their daughter in her mother’s native Spanish, Michael spontaneously broke into song.

However, as he belted out Senorita by Camila Cabello and Shawn Mendes, little Vida decided she’d quite like to join in.

Michael sang: “I love it when you call me senori…”

Read more: Archie, Meghan and Harry have a birthday Zoom call with the Queen

“And when we dance it’s…,” Michael sang.

One said: “Ah such a little cutie and mini Lu.”

Another added: “She’s so beautiful.”

A third said: “OMG, Vida is like a beautiful little doll, so, so cute!”

Others commented that the tot was a star in the making and clearly took after her musical dad.

“So adorable singing together,” said another.

“OMG, your daughter could not be any cuter! And your duets together are just precious,” another said.

Michael and his wife then decided to show off their fitness skills during an online workout.

Vida assisted with the warm-up.

OMG, Vida is like a beautiful little doll, so, so cute!

“Love your little family,” said another.

Michael and Lu are also parents to sons Noah, six, and Elias, four.

Head to minute 15 of the video if you want to catch a glimpse of the cutie in action.

Last week, Lu was forced to defend Michael after he was accused of “abusive behaviour” towards her when he jokingly elbowed her in one of their videos.