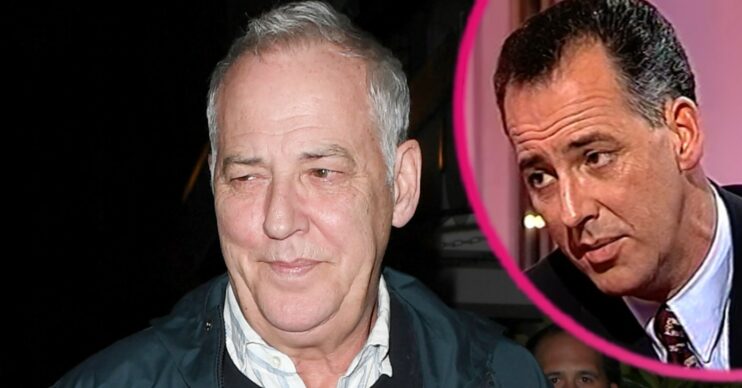 'Please get back on our screens!'

Michael Barrymore fans have demanded for the comic to return to television, following a series of nostalgic TikTok clips.

The Strike It Lucky host, now 69, became one of the most famous entertainers of the 1990s.

Now, Michael is using his social media account to remind his fans of his former glory days.

Michael’s TikTok account has an impressive following of over 51,000.

The account posts a series of throwback clips of the star back in the day.

Fans can request specific videos for Michael to post, including clips from his show Strike It Lucky.

Read more: Michael Barrymore news: What is he is up to now? How old is he?

In one video, the former host thanked his fans for their continued support on the social media app.

However, Michael’s account has since been verified on the app.

The profile hasn’t gone unnoticed by fans, with some demanding for Michael to return to TV.

One commented: “Love watching these old clips, wish you would come back on our screens.”

Another said: “Michael, we really miss your personality on TV nowadays. TV isn’t a patch on what it used to be.”

TV isn’t a patch on what it used to be

A third wrote: “Is there any chance of you returning to TV to light up the lives of millions of people as you did me and many others?”

A fourth shared: “You are the loveliest man and sorely missed on main stream TV.”

Another praised: “I grew up laughing at everything you did. You’re hilarious! Please get back on our screens.”

What happened to Michael’s career?

Back in 2002, Michael’s contract with ITV was terminated following an inquest into Stuart Lubbock‘s death.

The tragic incident occurred at Michael’s home in March 2001.

Mr Lubbock, 31, was found unconscious in the presenter’s pool in Essex following a party.

Michael has always maintained his innocence, claiming he had no involvement in the death.

Meanwhile, the star has briefly returned to screens over the years.

He appeared on Piers Morgan’s Life Stories in 2019, and briefly starred on This Morning last year.

Speaking to the Mirror in 2013, Michael said he was planning on making a comeback with some acting work.

He told the newspaper: “I was offered something yesterday. It is actually for an acting part. I think the role will surprise people. It’s dark.

“When I read the script I was excited and got a good feeling about it. Acting’s my comfort zone. That’s what I grew up doing, but comedy took over.”