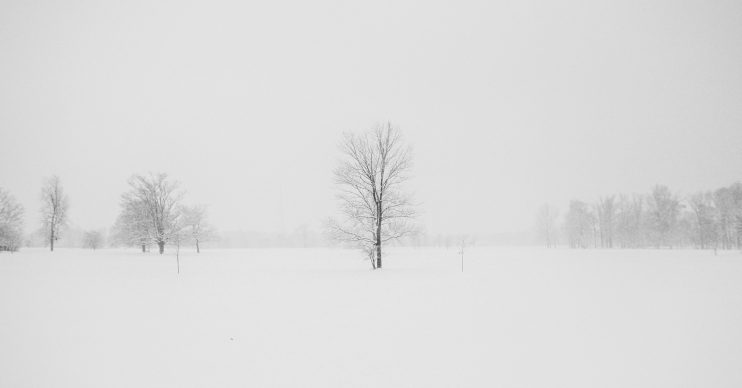 There could be more snow later in the month

Parts of Britain could be hit with up to four inches of snow tonight as temperatures drop.

A Met Office forecaster has said snow could be expected over the Pennines and up to the Southern Uplands of Scotland.

The Peak District and northern Wales could also see some of the white stuff tonight (January 8) and into tomorrow morning (January 9).

Met Office forecaster John Griffiths told Mirror Online: “There’s a risk (of snow) over the hills on Wednesday night. We’ve got quite a lot of uncertainty as to where that will be.

“There could be 2-5cm of snow above 300metres on Wednesday night and Thursday morning.

There could be snow on high areas from Rochdale, over the Pennines and up to the Southern Uplands of Scotland.

“There could be snow on high areas from Rochdale, over the Pennines and up to the Southern Uplands of Scotland. It could also be over the Peak District and northern Wales.”

There are currently a yellow wind warning in place for parts of Britain including Manchester, Birmingham, Bristol and Cardiff tomorrow.

The Met Office warns there is a “small chance of injuries and danger to life from flying debris” and “a slight chance of some damage to buildings, such as tiles blown from roofs”.

Winds will strengthen through tonight and the early hours of tomorrow morning, bringing gusts of up to 70 mph.

There is also a small chance that “injuries and danger to life could occur from beach material being thrown onto sea fronts, coastal roads and properties”.

It’s been said that as well as snow, Britain could be battered by 80mph winds and torrential rain this week.

Met Office meteorologist Marco Petagna told The Sun: “There is a big change in the weather on the way with this week looking pretty unsettled for many parts of the UK.

“There will be a risk of gales in northwestern regions with gusts reaching 60 to 70mph or possibly 80mph in the most exposed areas.

“It turns briefly calmer but colder on Wednesday, before another low pressure comes in on Thursday.”

The latest satellite image shows an area of cloud in the Atlantic, which is a developing low pressure system

However, there is some uncertainty in its track and depth so keep up to date and stay #weatheraware pic.twitter.com/xGaJX1as8u

Later in January, the Met Office predicts a “north-south split will return, with the northwest seeing the unsettled weather” and snow is likely over northern hills but it could fall to lower levels at times in the north.