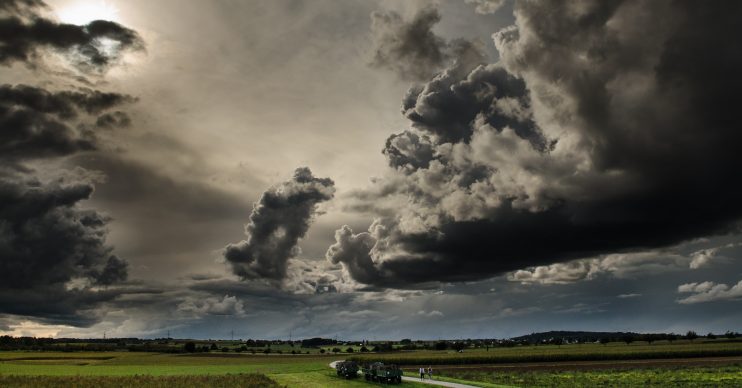 Temperatures will remain mild though

A ‘danger to life’ warning has been issued as thunderstorms are expected to batter Britain later this week.

The Met Office has put out a severe yellow weather alert for thunder on Thursday (July 11) as heavy rain is also set to sweep the country.

It’s been said that the unsettled weather could cause flash floods, travel chaos, power cuts and damage to buildings.

The Met Office said: “Heavy showers and thunderstorms are likely to develop during Thursday afternoon across parts of Scotland, Northern Ireland and northern England.

“Whilst many areas will miss the heaviest rain, where heavy showers and thunderstorms do develop they will be slow-moving bringing the potential for 20-30 mm of rain in an hour and 40-50 mm in 2-3 hours.

“Showers and thunderstorms will gradually die out during Thursday evening.”

The warning is in place from midday on Thursday until 9pm.

Despite the unsettled weather, temperatures will remain mild with 20C forecast in Edinburgh on Thursday while it will reach 18C in Aberdeen, 20C in Newcastle, 20C in Belfast and 17C in Londonderry.

Forecasters had previously predicted Britain would bask in highs of 27C on Friday, however, it’s now been dropped to 23C.

Met Office forecaster Alex Burkill previously said: “On Wednesday, it will be particularly warm with temperatures at 26C, possibly 27C in some southern counties.

“But showers on Thursday could turn very thundery and will be heavy. It will though still be quite humid, which can feel unpleasant.

Heavy, thundery downpours are likely on Wednesday. As is the nature of showers, some parts of the warning area could see some localised flooding, whereas down the road it could stay dry#weatheraware pic.twitter.com/jurHcW9In6

“The thunder will bring a lot of downpours, which could cause localised problems, so we will watch these.”

It’s now been said that Britain will see highs of 24C on Wednesday (July 10).