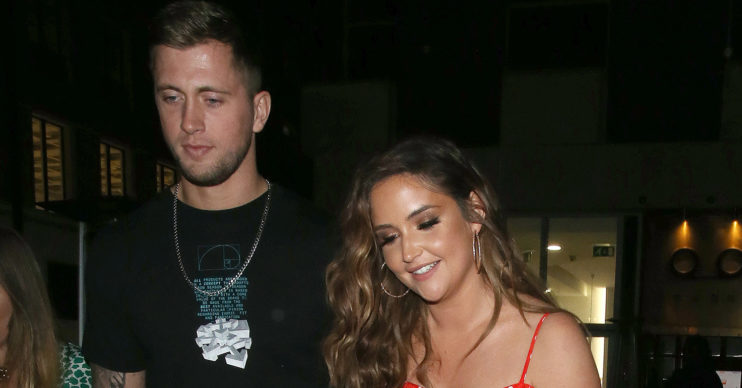 Melinda, 49, is now a professional psychotherapist. She shared her thoughts on Jac and Dan’s alleged issues.

Taking to her relationship advice column in New! magazine, the therapist thinks they could do with a session or two.

She writes: “To be in a marriage where boundaries such as fidelity have been routinely called into question, that’s a big deal that can eat away at your self-esteem. It’s also a signal that something in the relationship isn’t working.

“In that case, joint counselling can be so helpful, so you can both understand what’s happening in your marriage and why certain things have happened before.”

Reports emerged last week that Jac and Dan had fallen out yet again.

The on-and-off-again couple, who share two daughters together, had apparently ‘split’ butr Jac denied it, explaining she just needed some space.

However, after Dan shared a romantic meal he prepared for her on Instagram, it seems likely they are well and truly back on.

According to a report in The Sun, Jac was furious with Dan when she discovered he’d sent flirty texts.

The texts were allegedly to former Love Islander Gabby Allen – who he’d been reported as cheating on Jac with before.

However, a source told the publication that they are working on their relationship.

The source claims: “They had been fighting non-stop but together they make a good team.

“It won’t be easy but Jacqueline’s sure they can make it work. She wants to take it really slowly.”

Jac, 27, is of course a former EastEnders actress and met former TOWIE star Dan, 28, back in 2016 and they married the following year.

After she won 2019’s I’m A Celebrity… Get Me Out Of Here! Dan issued a heartfelt apology to her.

He wrote a formal apology on Instagram, admitting to having treated her poorly in the past.

Jac addressed it during an interview with Lorraine on ITV.

She said: “I want to hit the restart button, it’s been two years of me giving him hell, he knows he’s done wrong, there’s lots of stuff that’s not true that I can’t talk about for legal reasons, but we’re OK.”

Read more: Alison Hammond in tears on This Morning over powerful cause

ED! has contacted Jacqueline and Dan’s reps for comment.