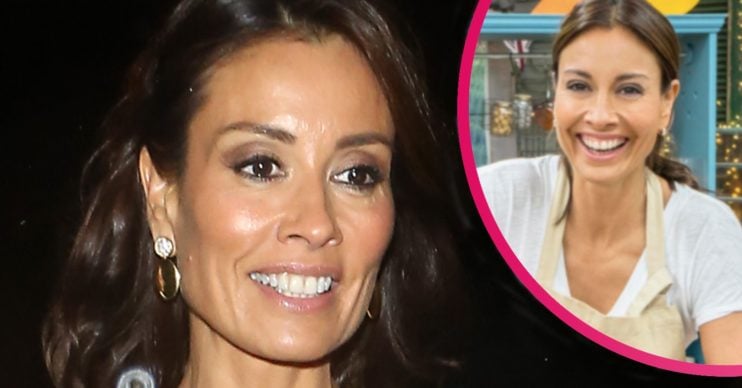 She's lived quite the life!

Melanie Sykes is a famous British media personality and model.

This glamorous brunette has been in the public eye since the mid 1990s.

And she’s back on our telly for The Great Celebrity Bake Off on Channel 4.

But how old is Melanie now? And what is she up to these days?

How old is Melanie Sykes?

How did Melanie become famous?

While in 2017, she starred in an ad for the brand once again, some 20 years after the original.

She told M.E.N that same year: “For me, my relationship with Boddies has never ended. There isn’t a day that goes by when someone doesn’t mention it to me in all those 21 years since the first campaign.”

After this she went on to launch a highly successful television presenting career.

You may remember her for her hosting stints on the likes of the The Big Breakfast, I’m A Celebrity … Get Me Out of Here! (which she also competed on in 2014) and The Paul O’Grady Show.

Melanie appears to be completely focused on her new digital magazine, The Frank Magazine.

She serves as editor-in-chief and regularly dishes out honest advice and observations.

The magazine is described as: “An online platform which covers, psychology, relationships, health and wellbeing, culture, news, sustainable fashion, beauty and lifestyle.”

She penned: “Sadly most men are pretty basic and disappointing.

“I feel sorry for British men who have adopted the limited vocabulary of character Keith Lemon when talking to women.”

Adding: “I would be surprised, and indeed it would be a miracle if any of these men are actually getting laid.”

Meanwhile she co-hosts The Great Pottery Throw Down on Channel 4. The latest series reached its finale in March of this year.

Who are some of her famous exes?

Jack and Melanie were together as a married couple for just seven months. But their divorce wasn’t finalised until 2016.

They’d met on Twitter, and married after just one year of dating.

Melanie is believed to have dated comedian Steve Coogan for much of 2019.

But according to a report in The Sun, she broke it off over concerns Steve wasn’t ready for commitment.

She’s also been linked to singer Olly Murs in the past.

Last year she appeared to find love in Venice, Italy. The beauty was photographed smooching with a gondolier.

Yet the current status of their relationship is unconfirmed.

Does Melanie have any kids?

Melanie has two children from her first marriage to Daniel.

So are you a fan? Let us know on our Facebook page @EntertainmentDailyFix.