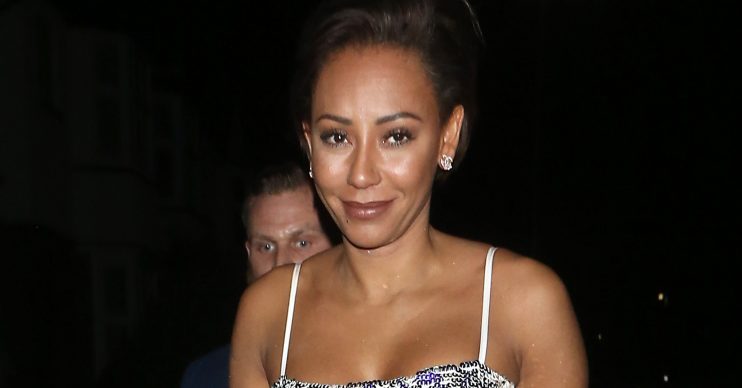 She went blind in one eye

Spice Girl Mel B has explained exactly what happened to her during her recent hospital dash, which saw her temporarily go blind in one eye.

Mel was rushed to hospital last week when she lost her vision and began to suffer a lot of pain.

The 43-year-old had to seek urgent medical attention and halt her rehearsals with the band, with their first show just days away.

The singer has now opened up about the “awful” experience and revealed to fans how “scared” she was, as she didn’t know what was wrong with her.

She began by telling fans on Instagram: “Thank you so much for all the lovely support and messages I’ve had about my eye. Just so you know the real truth. I had an awful experience last week when I went blind in my right eye and my left eye went blurry.”

Alongside her lengthy message to her followers, she posted a snap of herself wearing an eye bandage and pouting to the camera.

She then set the record straight and slammed reports that the medical emergency had happened to her before.

The mum-of-three added: “…just to be clear I was NOT ok and this has NEVER EVER happened to me before.

“I was actually in a lot of pain and very, very scared.”

Mel went on to explain that she was seen by top specialists in A&E at London’s Moorfields Hospital and Luton and Dunstable University Hospital, where she was diagnosed with severe iritis in her right eye and uveitis in her left eye.

Mel now has to take prescription medication for the conditions, which she says will take a few months to fully heal.

The pop star continued: “I’m still dealing with it and will be for the next 3-4 months to fully get it under control, but I’m no longer worried that my condition will get worse. My only problem now is I have to find a very cool Scary eye patch. Does anyone – apart from Madonna – know where I can get one?”

We reckon Madonna might have a few spare, Mel!

It’s not the best timing for poor Mel as the Spice Girls’ tour kicks off this Friday in Dublin.

But she made it clear that they are on track, writing on her Instagram: “A band that rehearses together stays together.”