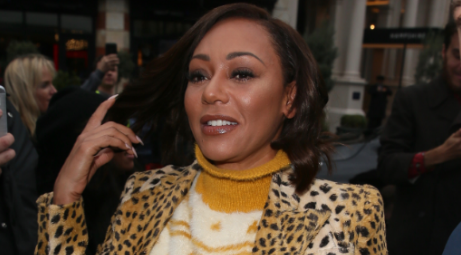 Mel B swallowed 100s of pills in suicide bid

She was pushed to the brink

Spice Girls singer Mel B has recalled how she felt “emotionally battered” when she made a suicide attempt in 2014 in a bid to escape her marriage to then-husband Stephen Belafonte.

She feared he would attempt to “ruin” her career and “destroy” her family.

In an excerpt from her upcoming memoir Brutally Honest published in The Sun newspaper, Mel wrote: “As each pill goes into my mouth, I ask myself: ‘Are you sure?’

“I felt ugly and detested by the very man who once promised to love and protect me, my husband and manager Stephen.

“A man who after ten years of marriage now had a library of sex tapes that could – as we both well knew – ruin my career and destroy my family.

“I wrote frantic, disjointed notes for Phoenix, my eldest daughter, my soulmate – the girl who is little sister, friend and daughter to me.

“It was going to be up to her to get my other little girls, Angel and Madison, to Leeds where they could all live with my mum.

But Mel eventually realised she wanted to make her “life count” after taking 200 pills and tried desperately to get out of her hotel room.

She continued: “As soon as I’d swallowed that last pill, I knew I didn’t want to go anywhere. ‘Melanie! What the [bleep] are you doing? Get a grip!’

Read more: Fleur East starving herself ahead of I’m A Celeb

“My head was spinning. All I thought was that I needed to get out of the room but for some reason the door was jammed.”

The Stop singer – who also confessed to taking six lines of cocaine a day during that period – remembers few details about what happened next, but she was left bruised from throwing herself at the room door and eventually woke up in hospital, where she was confronted by her “furious” eldest daughter, Phoenix, now 19.

She wrote: “‘Mom. What the hell?’ Phoenix was standing by my bed. Furious, shaking, full of rage. Of all the memories from all those hours, it is the one that still floors me. ‘Why, Mum? Why? Why?’ It was the saddest moment of my life.

“All I ever want is for her to know how sorry I am, how lost I was and how I’ll never, ever abandon her again.

“Looking at my daughter – distraught, devastated, angry – was the moment I knew the fightback had to start.”

Mel – who also has Angel, 10, with Eddie Murphy and seven-year-old Madison from Stephen – missed the following night’s episode of The X Factor, on which she was a judge, but returned for the final the evening after, where she chose a dress and hair style to show off her injuries, and removed her wedding ring in order to send a message to her spouse.

She wrote: “I would stand proud in this stunning white dress, the marks of my agony all over me. I asked for my hair to be pulled right back from my face. I needed to be seen. I needed all those bruises to be seen.

“My message to the world and to my husband was going to be VERY CLEAR. I wanted people out there watching to be my witnesses. I took off my vast, square-cut diamond wedding ring.

“A ring I’d worn on The X Factor a few weeks before to show the world what a solid couple Stephen and I were.”

Three months later, the ‘America’s Got Talent’ judge filed for divorce from Stephen after almost 10 years of marriage.