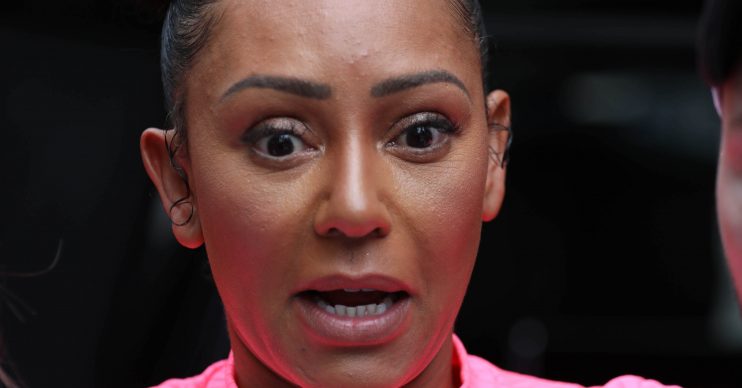 Mel B reveals how competitive Holly Willoughby is on Celebrity Juice

Spice Girl Mel B has never held back on her opinions.

Read more: Spice Girl Mel B boots her mum out of family home in Leeds

Mel has taken over as team captain from Paddy McGuinness after Top Gear filming commitments ruled him out.

And asked what her fellow team captain Holly was like, Mel soon lived up to her Scary Spice billing.

“Holly’s very nice, you know she does This Morning, she’s very like prim and proper, she’s like the people’s lady, but man is she a [bleeep] when it comes to the competition stuff,” she joked.

“She will drag my hair and my weave off to get to winning.”

Mel went onto say that she’s out to give host Keith Lemon a run for his money.

“My mission is to give Keith a run for his money. Watch out. Things are going to get even more crazy.”

Mel recently joked that she wanted to “sleep with Baby Spice but kill Geri [Horner]”.

She performed her Brutally Honest & Fabulous Show in Leeds and was asked which of her Spice Girls bandmates she would “sleep with, marry or kill”.

According to MailOnline, Mel said she would marry Mel C, before adding: “I want to sleep with Baby Spice [Emma Bunton] but kill Geri.”

Mel previously revealed that admitting to having sex with Geri made rehearsals for the Spice Girls’ reunion tour “awkward”.