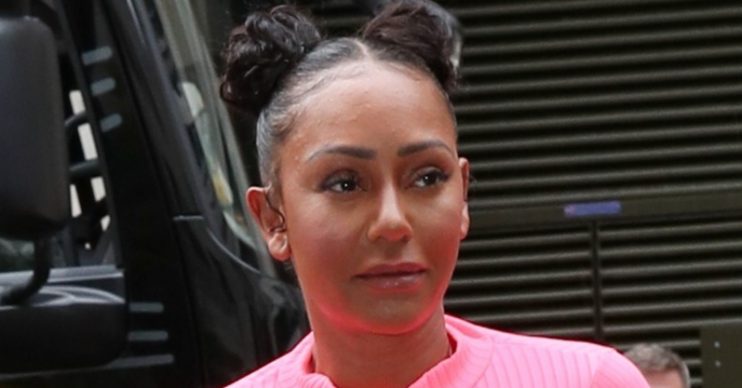 Scheduling issues has apparently forced him to step down

Mel B has replaced Paddy McGuinness as team captain on Celebrity Juice.

The Take Me Out presenter was confirmed for Keith Lemon’s outrageous panel show earlier this year, but due to “scheduling” conflicts he’s no longer able to take part.

Spice Girl Mel, 44, has vowed to give Keith “a run for his money” when she makes her debut on the panel and teased “things are going to get even more crazy”.

She said: “I am so happy that I’m going to be part of the Celebrity Juice family and thrilled to be a captain.

“My mission is to give Keith a run for his money. Watch out. Things are going to get even more crazy.”

Paddy – who is close friends with host Keith and starred with him in The Keith & Paddy Picture Show in 2017 – was originally announced as Fearne Cotton’s replacement after she stepped down from the role after a decade in December, in order to focus on other endeavours.

She said at the time: “After ten years of complete fun, I have decided to leave Celebrity Juice.

“It has been a joy to be part of this magnificent show and I wish the team the very best in future series.”

Keith was devastated to lose Fearne – who was joined by her friend Holly Willoughby as a team captain – calling her departure the “end of an era”.

He wrote: “End of an era! Gonna miss @fearnecotton Fanks for the fun times. Love you deeply!

“Good luck with your next chapter! I hope one day we’ll play again. But the show must go on.

Other than Paddy – who is also the co-host of ‘Top Gear’ – Emily Atack was a front-runner for the show after she admitted it would be her “dream job”.

The 2018 I’m A Celebrity… Get Me Out Of Here! runner-up said: “There haven’t been any conversations that have happened yet officially, but I’d love that!

“I would love to. I know all those guys so well. I love [Lee Francis] – Keith Lemon – he’s just the best, one of my really good mates!

“I love [Holly Willoughby], I love Fearne, I love all of that group. That would be the dream job, wouldn’t it?”

Do you think she’ll be a good fit for the show? Leave us a comment on our Facebook page @EntertainmentDailyFix and let us know!