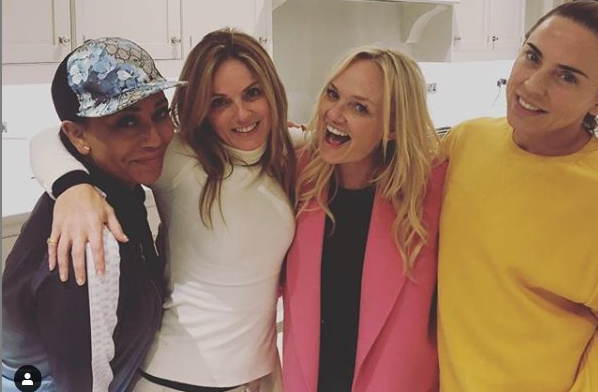 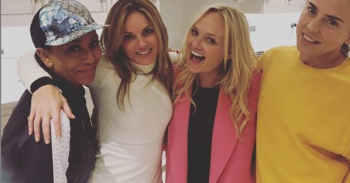 They were all smiles in a new video

The Spice Girls have thrilled fans with the first video of them all together since rehearsals for their reunion tour began.

It also marks the first time that Mel B and Geri have been pictured together since Mel revealed they had a fling in an interview last month.

Emma Bunton, 43, posted the clip of the four Spices and there didn’t appear to be any bad blood between the girls.

Baby Spice excitedly told the camera: “Look who’s here,” before panning around to her bandmates.

Geri reposted the clip on Instagram and exclaimed: “BACK WITH THE GANG!”

It comes after it was reported that there was awkwardness between Mel B and Geri, after Mel claimed they once had a lesbian tryst in the early days of the band.

It wasn’t long before the Spice hype escalated and fans went wild about Emma’s reunion video.

A third added: “Yaaaayy!! Spice Girls together for rehearsals!! ✌🏼.”

A fourth commented on Mel B’s appearance: “Panic over, she turned up 👏.”

The girls (minus Posh, sadly) now have a matter of weeks to get their Spice on as the tour begins in May.

Emma excited the Spice Girls’ following yesterday (April 24) by announcing it was one month before their first show.

Are you happy to see the girls reunited? Head to our Facebook page @EntertainmentDailyFix and let us know!