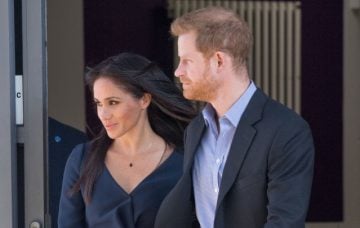 Their children aren't automatically entitled to be HRH

The Duke and Duchess of Sussex have announced they are expecting their first child next year.

But their little boy or girl won’t automatically be given the title of prince or princess.

Even though Harry, 34, is a prince and his son or daughter will be seventh in line to the throne, that doesn’t necessarily mean his children will get the same title.

It’s all because a Letters Patent issued by Harry’s great-great grandfather King George V in 1917 limited which members of the royal family could receive a title.